Frank Oz is an American actor, puppeteer, director, and producer who has played Muppet characters of Miss Piggy, Fozzie Bear, Animal, and Sam Eagle in The Muppet Show and Cookie Monster, Bert, and Grover in Sesame Street. He is also known for his roles in shows and movies such as The Blues Brothers, The Dark Crystal, Knives Out, Return of the Jedi, Labyrinth, Innocent Blood, Inside Out, and Monsters, Inc.

Frank Oz is represented by –

Frank Oz is of Ashkenazi Jewish descent on his father’s side and has Belgian (Flemish) ancestry on his mother’s side.

Frank Oz has done endorsement work for Polaroid One-Step in 1981. 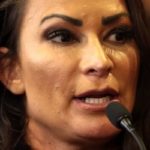