Gabi Butler is a very famous cheerleader and has a huge and impressive fanbase. She is known for her cheerleading and social networking site photos which helped her to become famous and get a promising career out of it. She started cheerleading at a very early age and reached the heights of the profession very quickly. She also appeared in many TV shows and became a star.

Gabi was born on 16th January 1998. She was born in Boca Raton, Florida, United States. At the age of 8, her flexibility, athletic ability, and tumbling skills attracted everyone’s eye, leading her to sign a contract with one of the biggest cheerleading gyms in her locality.

We do not have much information about her education- as in what she studied and where she completed her early education from. Nowadays, she teaches cheerleading and athletics at Navarro school and it is believed that she is pretty good at it.

Gabi tries to keep her personal life as private as possible and away from all the media attention. But as per some news leaks, we get to know that she is in relation with Jordan Brooks Wess. She has 1.6 million followers on Instagram, and her TikTok has 1.4 million followers. Her Twitter has 120k followers; her Facebook page has 355k followers. She has 110k subscribers on YouTube.

At the age of 8, Gabi started her cheerleading career during her childhood, when she used to live in Florida. She was signed in by an all-star gym named Top Gun and Trinity. She won so many championships locally. She destined herself to go to the World Championships as a part of Top Gun and Trinity in 2010. Unfortunately, she was unable to compete as she was injured a month before her competition.

It was when she was thinking of quitting her career when she received a job opportunity from Cali SMOED- a team from California. She then again started her journey, and she left her old Florida-based team and joined this California-based team. In 2013 and 2014, she won both The World Championships. In the year 2014, she and her whole team won jackets from NCA. 2014 was the last year she was cheering for Cali SMOED.

It was 2014 November when she joined a new team called Gymnite Blink IOC% and continues to cheer for them to date.

She appeared in a web series in 2013 called the Cheerleaders, and it turned her into a very well-known star in the world of cheerleading. All the episodes of the series got a good response from the audience. The show was released in the year 2013. It was the show about her team Cali SMOED and their battle towards the World Champion title.

The list of awards she has won are as follows:

Thus, we can clearly see that she does not have many awards against her name but does not cancel out how talented she is in her respective field.

Net Worth, Salary & Earnings of Gabi Butler in 2021

She has a net worth of around $5 million as of the year 2021. Majority of her earning is gathered from professional cheerleading career.

She was very skilled at her passion at a very young age, making her a star in the cheerleading community later. She followed her passion even when everything was wrong and proved that she could be a World Champion, and now she encourages young people to take the challenge and fulfill their dreams. 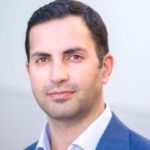 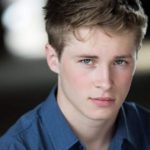