Gabriella Cilmi is an Australian singer, songwriter, and record producer who is popular for songs like Sweet About Me, On a Mission, Symmetry, Don’t Wanna Go to Bed Now, etc. She has more than 100k subscribers on YouTube and more than 100k followers on Twitter, Instagram, and Facebook each.

She is of Italian (Sicilian, Calabrian) and Albanian (Arbëreshë) descent. 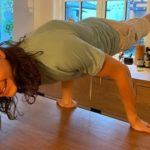 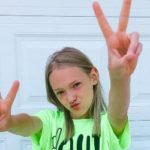