Gary Lee Clark Jr. is an Austin, Texas-based musician. He is best known for fusing blues, punk, and soul music with hip hop elements. The Bright Lights EP was released by Clark in 2011 after he signed with Warner Bros Records. The albums Blak and Blu (2012) and The Story of Sonny Boy Slim (2015) followed. Clark has been a frequent live artist throughout his career, as evidenced by two albums: Gary Clark Jr. Live (2014) and Gary Clark Jr. Live/North America (2017).

Gary Clark Jr. started playing guitar when he was twelve years old. Clark was born and raised in Austin, Texas, and worked small gigs during his adolescence before he met Clifford Antone, the owner of Austin’s Antone’s music club. Jimmie and Stevie Ray Vaughan used Antone’s as a launching pad to redefine blues at the time.

Gary Clark Jr. is an alumnus of Austin High School.

In 2016, Clark married model Nicole Trunfio. They are the parents of three daughters. Clark and Trunfio bought a 50-acre horse ranch in Kyle, Texas, in late 2016. The song “This Property” was inspired by a series of racially charged questions from a neighbour about Clark’s ownership of the ranch.

Clark sang on Sheryl Crow’s album 100 Miles from Memphis’ bonus track cover of the Jackson 5’s “I Want You Back” in 2010. In its April 2011 “Best of Rock” issue, Rolling Stone named Clark “Best Young Gun.” Clark collaborated with Alicia Keys on two tracks in New York City in 2012. For the album Girl on Fire, he co-wrote the song Fire We Make with Alicia Keys, Pop Wansel, and Oak Felder.

Alicia Keys announced via Twitter on August 28, 2012 that Clark’s latest album and major-label debut, Blak and Blu, will be released on October 22, 2012. On the Foo Fighters’ 2014 album Sonic Highways, Clark collaborated with them on the track “What Did I Do? / God as My Witness,”which was filmed at KLRU-TV Stud.

On September 11, 2015, Gary Clark released his latest album The Story of Sonny Boy Slim. Clark has made an appearance on Tech N9ne’s album The Storm as a guest artist. On December 9, 2016, the album was released. The album “No Gun Control” featured Clark on the chorus.

Clark plays the guitar solo on the track “The Night Me and Your Mama Met” from Childish Gambino’s album “Awaken, My Love!” On “Ride,” from the soundtrack to the 2017 Pixar film Cars 3, Clark collaborated with ZZ Ward. Clark’s cover of the Beatles’ 1969 No. 1 hit “Come Together,” released in early 2017, became his first Billboard Mainstream Rock charting song, peaking at #15 on the chart.

“Blood on the Dash” and “Gone Down,” both featuring Leon Bridges, were included on Bun B’s album Return of the Trill in 2018. Clark contributed vocals and guitar to Tom Morello’s album The Atlas Underground, on the song “Where It’s At Ain’t What It Is.”

Clark announced the release of his latest This Land album through Warner Bros. on January 10, 2019. On the same day, he released the album’s title track, which was accompanied by a music video directed by Savanah Leaf. AllMusic named This Land as a “Favourite Blues Album.”

Clark performed at the Miller Lite On Tap Lounge at the annual Bonnaroo Music Festival in Manchester, Tennessee, in June 2011. Clark returned to Bonnaroo on June 10, 2012, and his show was streamed live online through the Bonnaroo MusicFest Channel on YouTube.

For the song “Please Come Home,” Clark won a Grammy in 2014 for Best Traditional R&B Performance. This Land, his most recent album, was released on February 22, 2019. For the song “This Land” from his album of the same name, he received the Grammy Award for “Best Rock Song” and “Best Rock Performance” in 2020.

As of 2021, Gary Clark Jr. currently has an estimated net worth of $5 Million.

Gary Clark Jr. is considered to be a musical genius with his unique infusion of different genres of music. He is also a great performer which is why he really loves performing live in front of his beloved fans. 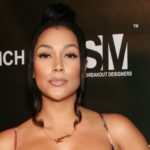 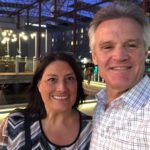