George is a well-known actor and model famously remembered in his role as James Bond in the Eon production film James Bond, On Her Majesty’s Secret Service (1969).

He is remembered as the shortest-serving James Bond since he only appeared in just one movie. George began his career from humble beginnings. He was first a car salesman before proceeding to become a model. George had no history in the film world before being cast in the James Bond movie by the producer Albert Broccoli. He is remembered for being the youngest James Bond after being cast at the age of 29.

George was born on September 5, 1939, in Goulburn, New South Wales. He was delivered at Ovada private hospital and his father, George Edward Lazenby was a railway worker while his mother, Sheila Joan Lazenby worked at the Fossey’s. Lazenby’s sister, Barbara was a recognized professional dancer.

At a tender age, George spent 18 months in hospital this was as a result of an operation that left him with only a half functioning kidney. At the tender age of 14, his family moved to Queanbeyan where their father owned and operated a store. Later on, in life, he left home to go and serve in the Australian army and later worked as a car salesman and also a mechanic.

In 1973, George married his then-girlfriend Chrissie Townsend. Chrissie is a member of the Gannett family. In their marriage, they gave birth to two children Melanie and Zachary. Zachary was diagnosed with a brain tumor at the mere age of 11 and in 1994 he finally succumbed to the illness and died at the young age of 19. As for Melanie, she went ahead and became a real estate broker in New York. George and Chrissie later divorced in 1994.

2002 saw George tie the knot with former tennis player Pam Shriver. However, their marriage was short-lived since they broke off the engagement in 2008. In their marriage with Pam, they gave birth to 3 children, namely George Jr, and Kate and Sam who are twins.

Years later, Chrissie and her daughter Melanie claimed that George had anger management issues and he beat up and tormented them. This fact was later confirmed by his second wife, Pam Shriver.

George Lazenby is straight as far as sexual preferences are concerned. Though divorced twice, he was married to two beautiful ladies with whom he had children.

Lazenby initially had moved to London to pursue a lady he had fallen head over heels in love with. He became a car salesman where during his work he was spotted by a scout who managed to convince him to become a model. He was widely known for advertising Fry’s chocolate bars. He was named as the top model of the year in 1966. For a while, he was the top paid model before he went on to take up a role for the James Bond movie.

He was selected by producer Albert Broccoli after the then James Bond actor Sean Connery deserted the role. Producer Albert came across George in 1968 at a barbershop as they were getting their hair done. The producer later invited him for the auditions after seeing him in a commercial. He was selected after he punched a professional wrestler in the face.

Despite being offered a seven-movie contract deal, he turned down the offer after being convinced by his then publicist that the Bond movie had no future in the “Liberal” seventies. After his James Bond success, he went on to pursue his career in Italy and China where they were set to work on a project with Bruce Lee. The movie was never a success since Bruce died two weeks before filming begun.

Among his many achievements, George was nominated in 1970 for the most promising newcomer in the USA Golden Globes for his role in the film “On Her Majesty’s Secret Service”. For a long time in the 1960s, he was the highest-paid model. In 1966, he was named as the top model of the year.

Net Worth, Salary & Earnings of George Lazenby in 2021

As of 2021, George Lazenby is worth about $22 million. This doesn’t come as a surprise since he is a long-time model and actor. At one point in his modeling career, he was the highest-paid model. His acting career didn’t really flourish despite appearing in major films. As a result, he turned to business, real estate in particular. He owns many mansions all over the USA, Australia, and Hong Kong.

George is a true example of a determined and motivated person. He serves as a perfect example to upcoming artists and models. His role in the James Bond Franchise is one unforgettable one. Although he had anger management issues, he still managed to remain relevant in the film industry. 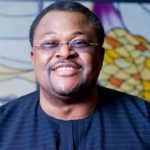 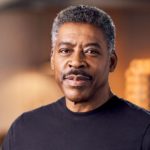