Most popularly known for his work on the world-famous television series Game of Thrones, George Raymond Richard Martin is more popularly known as George R. R. Martin. He has worked mainly as a writer or a novelist and a screenwriter. George primarily focuses on fantasy and science fiction novels and has written popular books such as A Song Of Ice and Fire.

However, after his venture into screenwriting and writing the Game of Thrones, and once it was converted into a television series, George grew immensely popular. He became named one of the top 100 most influential people in the world; this was awarded to him by Lev Grossman of Time.

Born to Margaret Brandy Martin and Raymond Collins Martin, George R. R. Martin came into this world in the year 1948 on the 20th of September. He had two siblings Darleen and Janet and was born in the city of New Jersey. His mother was of Irish ancestry, and his father was half Italian. Hence, his roots go back to Welsh, English German and French.

George was always quite interested in writing and fantasy from a young age. He enjoyed reading comic books and had quite a bit of interest in Marvel Comics. He is even known to be quite popular among the comic fans for his letter that was published regarding The Fantastic Four.

He was so into the comic world that he wrote to the Editor of the Fantastic Four, which intern got published. This got so much positive reinforcement that readers intern started to write to him. He hence became quite a popular name in the comic books fandom community. He even got invited to the comic book convention in the year 1964.

In the year 1970, from Illinois, from Northwestern University, he earned his bachelor’s degree in Journalism. In the year 1971, he further studied and earned his Master’s in Journalism. George is not only an avid reader and writer; he is also quite an enthusiastic chess player. Being an expert in the game, he has even directed quite a few tournaments.

George has led a reasonably personal life. In the early 1970s, George got into a relationship with his Windhaven co-writer Lisa Tuttle who was also a fantasy and fiction writer. However, this did not work out too well. However, he went on to meet his first wife, Gale Burnick, when he was attending a convention on the East Coast.

The couple tied the knot in the year 1975. However, this marriage did not go too well. Due to their differences, the couple split up in the year 1979. He later met Parris McBride, whom he would go on to marry later on. The couple is an avid supporter of the Wild Spirit Wolf Sanctuary in New Mexico. George even went on to open up a book store that he named Beastly Books.

George R. R. Martin went quite a vivid love life. He was in a relationship with Lisa Tuttle, who was a fellow writer in fiction and fantasy and even co-wrote Windhaven. Later he went on to marry Gale Burnick in the year 1975, with whom he was not able to make it work. Due to their differences, they split up soon enough, and George went on to marry Parris McBride. This marriage, however, seems to be working well for Martin as the couple is going on pretty well. They do not have a child yet but are expected to see one soon.

From his school days itself, Martin has been quite an avid reader and very interested in fantasy books. He is vivid imagination brought him a long way as a writer. Though he has ventured with quite a few book, his most prosperous one would have to be The Game of Thrones. His other publications include ‘Dying of the Light, which he published in the year 1977.

Martin has won quite a few awards, and most of his credits go to his massively popular show, Game of Thrones. The series was so well received that he even won the Emmy Awards for his work. The series went on to gain so much popularity that he got nominated for Bram Stoker Award, Hugo Award and even Nebula Award. One of his most significant achievements would be his nomination in the annual ‘Time 100’ list.

Most of George’s fortune comes from his massively successful series, The Game of Thrones. Though George has written many novels and stories, his Game of Thrones is his excellent work. The popular television series has brought up his net worth to his massive $130 million as of 2021. His hard work and talent have got him a pretty enormous fortune.

George R. R. Martin has been quite an inspiration for all budding writers. His fantasy series, The Game of Thrones, loved all over the world, has got him massive popularity and fame. Though he has had quite a humble beginning with his love for comic books and fantasy boos, George has come quite a long way. 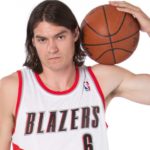 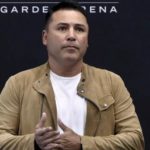