They say old is gold but in the real sense not many people have fully tasted the fruits of old age. George Takei and his fans are among the lucky few who can fully understand what this means. At the age of 83 years, Takei is still very active in the film industry and his work is drawing many people close to this industry. Although he has been featured in very many films over the years, what brought his name to the limelight is his work in USS Enterprise where he was featured as Hikaru Sulu, helmsman.

Not many people have been graced enough to reach the age that George is celebrating today. On 20th of April this year, he will be celebrating his 84th birthday as he was born on the 20th of April in 1937. He traces his roots in Los Angeles, California in the United States of America. He is the son of Takekuma Norman Takei and Fumiko Emily Nakamura.

Takei’s father was born in Yamanashi Prefecture and worked in real estate while his mother was born in Sacramento California. George was named by his father after George VI of the UK. George VI coronation took place shortly after George was born in 1937. His family was forced to live in Santa Anita Park ib horse stables before they were later sent for Internment in Rohwer Arkansas in a war relocation center. This family suffered a lot but still managed to remain together.

Despite all the challenges this family went through and the moving from one place to another looking for a place to settle, they still managed to educate George. He was enrolled in Mount Vernom Junior High School before he was moved to Los Angeles High School where he was appointed as Boys Division President. After graduating from high school, his parents thought it wise to enroll him to a college.

George has not only worked hard to develop his career but also his personal life. And therefore, he decided to fall in love and have a taste of how it feels to be in love. He fell in love with Brad Altman and their relationship was what many people would refer to as perfect. Unfortunately, at that time, it was not possible to marry a fellow man. This wasn’t an enough reason to break their relationship. Therefore they dated for 18 good years.

Luckily, California governor Arnold Schwarzenegger moved a motion for same-sex marriage legislation. Although he knew it was not going to an easy journey, he was ready to try. After great patience and endurance, the two were finally allowed to exchange their marriage vows on 14th of September in 2008. They became the first same-sex couples to be issued with a marriage certificate.

George Takei is openly gay, and he is very proud of it. He has been in a relationship with his love Altman for more than three decades. They are also part of West Hollywood’s history as they were the first same-sex couples to be issued with a marriage certificate.

Takei has had a long way to go in his career as an actor. His first roles were in Japanese movies where he landed posts as a voice-over artist. He was then given small roles in films and movies like Don’t Run, Walk, A Majority of One and Red Line 7000. Just like any other celebrity, there was a turning point for Takei and this was when he received a role in several Star Trek series.

Many opportunities were presented to him, and he was now spoilt for choice. He was features in several hit series like The Courtship of Eddie’s Fther Black Sheep Squaseon, Miami Vice, Murder She Wrote, Ironside, Will & Grace and Malcom in the Middle among many others. He has also been featured in different movies some of which include: Blood Oath, Star Trek Series, Ninja Cheerleaders, Larry Crowne and Return from the River just to mention a few.

This man has been in the film industry for many years and therefore, you must be sure he has been highly recognized. There are so many awards registered under George Takei, and although we might not be able to list all of them, at least we can mention a few. These include: Order of the Rising award by the Japanese government in 2004, Freedom of Speech Award, LGBT Humanist Award by Humanist Association award in June 2012 and Russo Award in May 2014 just to mention a few.

Net Worth, Salary & Earnings of George Takei in 2021

George’s salary has not been revealed yet, but he has earned a good fortune for the years he has been in the film industry. As of 2021, his net worth had been estimated to be approximately $15 million. The main source of his income is from career as an actor.

George Takei is an American by birth but has his roots from Japan. When he was growing up he went through so many challenges during the World War II. They were moved from one rescue center to another until things settled down. This however didn’t stop him from pursuing his dreams as he did everything in his power and fought against all odds to get to where he is today. 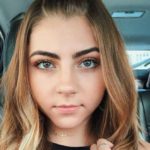