Gerard James Butler was born on 13th November 1969 in Paisley, Renfrewshire, Scotland, to Edward Butler and Margaret Butler. Gerard Butler is a very famous and successful actor, producer, and singer of Scotland. He started his career in 1996 with small roles. He has been part of many outstanding movies from the beginning, like; he was part of Tomorrow Never Dies, a James Bond thriller.

He has the function of Angelina Jolie’s Lara Croft Tomb Raider: The Cradle of Life. He has worked with Christian Bale and with many other outstanding actors. Although, a breakthrough in his career came when he played the role of King Leonidas in the famous Zack Snyder movie 300. From then on, he was seen in many films with lead roles.

Gerard Butler is a very famous and successful celebrity now, but his past was filled with hurdles. He was born in Paisley, Renfrewshire, but he was shifted to Montreal at the tender age of six months. His parents were also separated and taken to divorce when he was just a few months old. After the divorce, his mother shifted back to Paisley with Gerard, who was 18 months old at that time.

He lived his entire childhood in Paisley and completed his schooling from there. Gerard met with his father when he was 16 years old. The moment was quite emotional for him, as he cried for hours after seeing his father for the first time, after maturity. He became quite close with his father after that. However, his father died because of cancer. Butler was only 22 at that time, and he was quite broken after that incident.

Gerard Butler has attended the St Mirin’s Academy, as he was the head boy there. He was good in his studies, and he earned for himself a seat at the University of Glasgow. He learned the law from there, and during that time, he used to go to Scottish Youth Theatre. His love for acting never escaped, and he left his law studies to pursue a career in acting.

Gerard Butler hasn’t shared anything about his relationship or girlfriends. He always stated everywhere as single. He doesn’t have any children, and actually, he enjoys his time alone.

Gerard Butler is a very nice man. He has been involved in multiple charities and donations. He once played a charity match of football with Celtic FC. Celtic FC is his favorite football club, and he has supported them from his childhood. He has also shown his support to various other charitable trusts and organizations. He also lends support to them and keeps himself informed about them.

Gerard Butler has had few health complications from his childhood. His eye was operated on when he was just a child, which has caused him a lot of trouble. It still gives him a lot of pain. Butler had met with an accident when he was shooting for his movie. He was shooting for the movie O Men and Mavericks, and he met with a surfing accident. Although he was treated and he became good in no time.

Gerard Butler has never stated anything about him being gay. Despite not marrying anyone or not having any child, he still enjoys his alone time. Everyone lives life their way, and it looks as if Gerard Butler has a very different way of living. So from whatever data we have about him, we can say that Gerard Butler is not gay. He is a straight man.

Gerard Butler studied law at the University of Glasgow, as he wanted to have a career in it, but that hasn’t lasted long. Gerard developed a love for acting very soon. He went to the Scottish Youth Theatre to learn more about acting. Gerard left his law studies and started doing roles in movies. He got the opportunity to work in few films in 1996. Although the part was not so big, he has shared the stage with some of the biggest names like James Bond, Angelina Jolie, Christian Bale, etc.

The breakthrough in his career came when he played the role of kind Leonidas in the movie named 300. His role was hugely appreciated, and he gained massive success from that. After that, Gerard Butler was awarded many roles in film, and he made a name for himself.

Gerard Butler has achieved a lot of success in his career. He has won plenty of awards and accolades for his amazing work. He is mostly known for his work in the movie 300. He was awarded the MTV Movie Award for his excellent work in 300, and he also won the Best Actor award by Saturn Awards for his superb performance in 300. He has other nominations and awards but mentioning all of them would be a little difficult.

Net Worth, Salary & Earnings of Gerard Butler in 2021

Gerard Butler is a very famous actor in Scotland. He has achieved enormous heights in his career through sheer hard work and perseverance. He has earned a huge amount of fame and money. He has worked with some of the most popular celebrities. He has also produced many great movies, which has increased his wealth. As of 2021, He currently has a net worth of $50 million.

Gerard Butler has had a very impressive career till now, and we hope that he continues to deliver more outstanding performance. We are waiting for his next work of art eagerly. 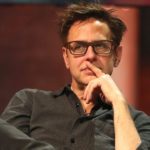 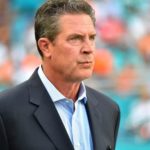