Glam&Gore is an American makeup artist, YouTuber, and social media influencer who has amassed more than 4.5 million subscribers on her self-titled YouTube channel where she posts special effects makeup tutorials, challenge videos, storytime videos, and even ghost-hunting expeditions. She also runs a secondary and more personal YouTube channel titled Mykie where she posts vlogs and where she has garnered more than 300k subscribers. Glam&Gore is quite popular on other social media platforms as well with more than 500k followers on Twitter and more than 2.5 million followers on Instagram. She had won the ‘Beauty Vlogger of the Year’ award at the 4th Annual NYX Cosmetics Face Awards in 2015.

Glam&Gore, after her high school graduation, had joined a film school. Upon graduating from there, she had moved to Los Angeles to work on movie sets. 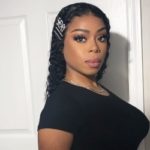 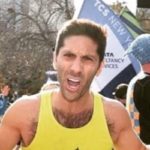