Many times, it is said that women are their own enemies. This is because it is very rare to find a woman supporting their fellow women and especially when it comes to politics. However, there is an exception in Gloria as she vowed to protect women rights and is always fighting for this in court. Gloria is an American with a very rare title of being a women’s rights attorney. She is famous for taking both high-profile and controversial cases and especially those that violate women’s rights.

July 3rd 1941 might be a normal day for everyone else but for Morris and his wife Stella, it was a very special day. This is because, their beautiful young girl Gloria Rachel Bloom was born on this day. By the time of her birth, Gloria’s family was living in Philadelphia. Her mother who is British-born was a housewife while her father was a salesman. There is however no information about her siblings.

Just like any other child, Gloria was taken to school when she was of age. She studied at Philadelphia High School for Girls until her graduation. This was however not the end of her schooling as she was again enrolled in to University of Pennsylvania. Unfortunately, she didn’t complete her course as she fell in love with a fellow student named Peyton who married her and the two welcomed their first child in 1961.

Unfortunately, this marriage didn’t last long, and therefore, Gloria had no option than to go back home. Her parents welcomed her and took her back to school, and she graduated in 1963 with a bachelor’s degree in English. After going through the ordeal she had gone through, she had no option than giving her best in her education. Luckily, it bore fruits as she graduated with First Class Honors.

Gloria Allred fell in love at a very young age. She met Peyton Brey at Pennsylvania University during her early years in the institution. The two fell in love and immediately decided to get married. However, since they were both students, life became unbearable after they welcomed their first daughter Lisa Bloom. Therefore, after realizing there was no hope for their marriage, they decided to call it quits.

After completing her studies and building a foundation for her career, she decided to fall in love once again. She got married to William Allred and after being in a marriage for many years, they again realized it wasn’t working. Therefore, they decided to divorce in 1987. There is no information of her love life today but she is very proud of her daughter Lisa who has also followed in her footsteps.

Gloria is definitely not Gay and her two marriages is enough prove. Although they both ended in divorce, it is clear that she has no romantic interest in women.

After trying out several things including being a teacher, she decided it was time she became independent. Therefore, she opened her own law firm in the 1970s. As an attorney, she has raised her voice against several injustices violating women’s rights. The most famous is making abortions illegal a motion that had been moved by John G. Schmitz (California State Senator). She continually pursued this, and finally she was able to sue him for libel.

A few years later, she sued the Boy Scouts of America for excluding girls from the band. She also helped one of clients sue Dodi Fayed for calling off their engagement among many other notable cases. All of work revolves around fighting for women rights.

For many people who fully understand how the law industry works, you can agree that Gloria has done a tremendous job during her career. This has attracted several awards and nominations some of which include: Presidents’ Volunteer Award in 1986 conferred to her by Ronald Reagan. She received Outstanding Citizen Award by SBPWC in 1976 and many more.

Net Worth, Salary & Earnings of Gloria Allred in 2021

Gloria is not only committed to fighting for the rights of women, but also to teach the public to respect them. She has taken up very controversial cases some of which the perpetrators never knew they were punishable by law. Her actions have drawn many to her support including her daughter Lisa who has also lived to love her mother’s career. 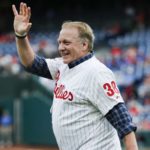 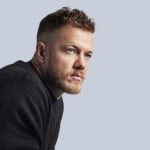