Green tea is tea that is made up from unfermented leaves of Camellia sinensis leaves. It was always popular amongst the Chinese, but now it is probably this decade’s most beloved item for health all over the world. Truly, its popularity has risen to the greatest heights ever, but definitely for all the right reasons. Here we give you some of its amazing benefits. And yes! I guess it says a lot that I’m writing this article for you as a sip on my cup.

It is well known today that there are many kinds of mechanisms involved in the development of cancer. One of these mechanisms is oxidative damage to the cells. Keeping this in mind, it is obvious that the large amounts of anti-oxidants in green tea play a protective role against cancer.  According to some studies, green tea is said to be most protective against breast, colorectal and prostate cancer.

By boosting your metabolic rate and increasing the burning rate of fat, green tea helps you maintain a healthy weight and BMI(Body Mass Index). In this way, you prevent obesity and all the other harmful diseases associated with it. However, this effect has only been seen in some people. Various studies suggest that the in others, this tea hasn’t really increased metabolic rate. But it’s definitely worth a try right?

Just like coffee, green tea also contains caffeine which is a brain stimulant.  But the advantage is that green tea contains caffeine in lesser amounts in comparison. Thus, you can enjoy all the good effects of caffeine and eliminate all the unwanted effects such as the jitters you get. The good effects in turn include elevation of mood, decreased reaction time, improved concentration and memory. Furthermore, it increases the production of alpha waves in your brain while keeping you calmer. In the long term, green tea consumption helps protect you against neurodegenerative diseases such as Alzheimer’s disease, Parkinson’s disease and dementia.

Along with all the above benefits, green tea also has another amazing quality- it drastically improves oral health. This tea contains catechins which work to inhibit viruses and kill bacteria in the mouth. This decreases risks of plaque formation (which is the first step in tooth cavities and decay.) Furthermore, it helps keep your breath fresh too!

Cardiovascular diseases have come to be known today as the silent epidemic of the century. Indeed, its incidence has risen by great amounts today. But what if I tell you that there is a protective agent that you can use? Yep, you know exactly what it is. Green tea does this by lowering the levels of low density lipoproteins (LDLs, the “bad cholesterols” and triglycerides. Since it is an antioxidant, green tea prevents LDL particles from oxidation, which is the process that leads to vascular damage.

In this way, by preventing such different kinds of ailments, green tea gifts you the greatest gift- the gift of a longer, healthier life. 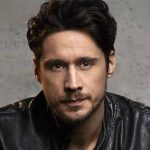 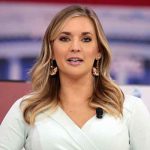