Greg Norman is an Australian entrepreneur and a retired professional golfer who is known for spending 331 weeks as the world’s Number 1 Official World Golf Rankings in the 1980s and 1990s. His golfing career has been filled with a lot of success; he has won 89 professional tournaments, 20 PGA Tour Tournaments and two majors.

During and after his playing career, he ventured into a number of entrepreneurial and philanthropic endeavors. Currently, he is the chairman and CEO of the Greg Norman Company, a global corporation with interests in numerous fields. He has donated and had numerous charities and charity events.

Norman was born on the 10th of February 1955, In Mount Isa, Queensland, Australia. His parents were Merv and Toini Norman, his father being an electrical engineer and his mother was the daughter of a Finnish carpenter. He also has a sister called Janis Norman.

In his youth, he played rugby and cricket with the intention of becoming a professional surfer. His mother taught him how to golf and allowed him to caddy for her at the Virginia Golf Club.

Norman went to Townsville Grammar School in Townsville, Queensland and later transferred to Aspley State High School. At 19, he received media attention being in the lead in the 1974 Queensland Open.

Norman once had a brief romance with Sue Barker, a British tennis player. In July 1981, He married Andrassy and had two children together; Morgan Leigh Norman and Gregory Norman. Unfortunately, they divorced in 2006 which left Andrassy a settlement of $105 Million. In 2008, he married Chris Evert on Paradise Island but separated after only 15 months. In November 2010, he married Kirsten Kutner, an interior designer, on Necker Island.

No, Greg Norman is not gay.

After a month of the same year, he won the Canadian Open by beating the legendary Jack Nicklaus by two shots. During his career at the PGA, he won 20 professional tournaments and an additional 71 tournament wins on the International circuit. He also had 31 second-place finishes on the PGA Tour and also set a record; by being the top ranking golfer in the world for a total of 331 weeks (his record was broken in 2004 by Tiger Woods).

The biggest moments in his career include; winning the British Open in 1986 and 1993, his near victories at the Masters’ Tournament, especially in 1996 where he missed a six-stroke lead heading into the final day and eventually lost to Nick Faldo. After his retirement, Norman decided to follow an entrepreneurial path. So far, he has a brand of golf equipment called Shark and has released his autobiography, The Way of the Shark: Lessons on Golf, Business and Life. Furthermore, he is the chairman and CEO of the Greg Norman Company.

Greg Norman is an accomplished individual in two aspects; as a sportsman and an entrepreneur. In 2001, Norman was inducted in the World Golf Hall of Fame, he won the Byron Nelson Award numerous times, in 2008 he received the Old Tom Morris Award and the Charlie Bartlett Award and was also named BBC Sports Personality World Sport Star of the Year.

Net Worth, Salary & Earnings of Greg Norman in 2021

Norman is a very talented golfer and a very intelligent individual. He is highly respected in the world of golf and the world of business. This is because of what he has accomplished in the two field. As of 2021, he has an estimated net worth of $450 Million.

Greg Norman is a very accomplished man in the world of golf and in the world of business. His legacy in the sport will be remembered and so will the good deeds that he has done. He has proved that you can do anything if you put your mind to it and we wish him all the best in his future endeavors. 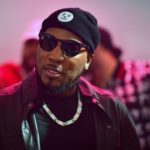 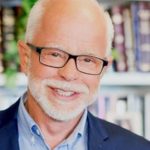