George Thomas Dave or popularly known as GT Dave, is an American businessman. He is best known for being the CEO of GT’s Living Foods. His company primarily deals with Kombucha and currently owns about 40% of the Kombucha market in the United States. George started his company in the late ‘90s by selling Kombucha to local stores and eventually had massive success.

Although there are no records of George’s exact birth date, all we are say with surety is that he was born in 1977 in California, United States. Hi father, Michael Dave, is an Attorney in California, and his mother’s name is Laraine Dave.

George grew up in the neighborhood of Beverly Hills with his two elder brothers. When George was around fifteen, his parents started brewing Kombucha and even consuming it. It was gifted to them by a family friend in 1992. Although his parents were brewing Kombucha, George had planned to bring it to the market.

George T. Dave went to Beverly Hills High School in California, and after successfully graduating from his high school, he enrolled himself into Santa Monica College. He took business classes, and it was in his college days when he started brewing Kombucha himself.

George T. Dave is currently married to Allan Fanucchi, and the couple has been together for a long time. Their wedding took place in June 2019 in a private ceremony in Hawaii. The couple has not been adopted yet and has yet to become parents.

Yes, GT Dave is openly gay. He is married to his boyfriend, Allan Fanucchi, in 2019, which clearly proves that GT Dave is gay.

GT Dave started his professional career by selling home-brewed Kombucha to local shops around 1995. He used to call various shop owners and distributors from his home and used to sell 2 cases per day. By the year 1997, the business grew, and Dave was selling around 40 to 50 cases per day. This resulted in him buying a 2000 square feet space and even hiring some employees. This eventually made his business grow, and he was selling all across Southwest. The demand for his product grew even more as Dave expanded his selling region.

Currently, GT’s Living Foods owns around 40% market of Kombucha in the USA and produces more than one million bottles a year.

GT Dave has come a long way in his career and has achieved many great heights as well. For his massive success as a businessman, Dave was awarded the Entrepreneur of the Year in 2020 by Ernst and Young LLP. Although there are not many records of GT Dave awards, he has certainly been establishing himself as a successful businessman.

The net worth of GT Dave is estimated in 2021 and found out to be a massive total of $1 billion. He has earned a major part of his net worth by being a successful businessman. Being the founder and CEO of GT’s Living Foods has helped him to create such a significant net worth.

From selling home-brewed Kombucha to local stores to becoming one of the most successful businessmen in the United States, the journey of GT Dave is nothing short of a miracle. His company’s growth is extremely massive, and he has done a brilliant job as a CEO. 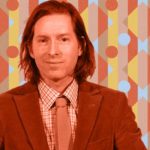 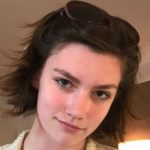