How many of you have seen the famous sitcom series ‘The New Adventures of Old Christine’? If you have, then you must be knowing about Hamish Linklater. He is an actor known for playing comic and entertaining characters on screen. The Crazy Ones and Legion are some of his other acclaimed series. He has also appeared in many movies and plays.

On 7th July 1976, Hamish was born in the town of Great Barrington, Massachusetts, in the United States. His parents are Kristin Linklater (mother) and James Lincoln Cormeny (father). His mother was a single parent and raised him all on her own. She was a famous dramatic vocal trainer who was also the Professor of Theatre and Chair of the Acting Division at Columbia University.

Hamish got his initial education and schooling from Commonwealth School, which is in Boston. After that, he went to Amherst College for higher education. From the very beginning, he was very interested in acting and hence used to do a lot of stage plays.

Hamish initially got married to Jessica Goldberg in 2002. She was a playwright by profession and they also had a daughter named Lucinda Rose Linklater. But after some time, the thing was no longer fine between them and they got divorced in 2012. After that, he came into a relationship with Lily Rabe, who is an actress. They are happily living together and also have two daughters amongst each other.

No, that is not true as per any of the sources searched for this Article. Hamish is currently in a relationship with Lily Rabe and has a total of three children. Previously he was also married to Jessica Goldberg but they divorced. Anyways, his sexual orientation is Straight only.

Hamish started his career on stage. After getting much recognition, he entered the world of movies. He made his debut with the movie Groove. After that, he appeared in some serials such as Gideon’s Crossing and American Dreams. But he got his breakthrough and recognition from the series ‘The New Adventures of Old Christine’ which was telecasted from 2006 to 2010.

He also appeared in popular serials like Legion and The Crazy Ones. Other than serials he has also appeared in some popular movies like Fantastic Four, 42, The Big Short. Some of the major plays he is known for include ‘Twelfth Night’ in The Public Theatre and ‘Seminar’ in Broadway Theatre. His most recent project is ‘Tell Me Your Secrets’ which came on Amazon Prime in 2020.

Unfortunately, Hamish has not won any major award in his career. On the other hand, though, his performances have always been liked and appreciated. He got many nominations for his role in the movie ‘The Big Short’, but wasn’t able to go through. Anyways, he is a very liked and appreciated actor amongst the public.

Net Worth, Salary & Earnings of Hamish Linklater in 2021

Hamish has been a very popular actor in the industry and has made quite good money over his career. Other than some popular serials, he has also made decent money from movies and plays. He has been part of some big-budget movies like Fantastic Four and 42. His net worth is estimated at something around $5 million as of 2021.

Hamish Linklater is a very popular actor who has appeared in many serials and movies over his career. He is widely known for his popular series The New Adventures of Old Christine, but he started his career through the stage. Other than that, he has also appeared in several movies and plays. He has been very well received over his career for his comic and entertaining roles. At last, we would wrap up by congratulating him for his successful career and also wishing him all the best for his future projects and endeavors. 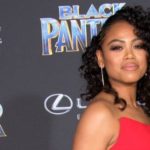 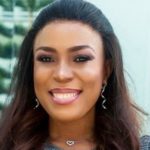