Hank Baskett is a popular former American football player. He has played as a wide receiver in the NFL for the teams, Philadelphia Eagles, Minnesota Vikings, and Indianapolis Colts. Apart from his career as a footballer, he is also popular for being a TV star. He has starred in the popular TV series, “Kendra” and “Kendra on Top” both of which were very well-received.

Hank Baskett, whose full name is Henry Randall Baskett III, was born on the 4th of September 1982 in Clovis, New Mexico, U.S. to parents, Henry Randall “Hank” Baskett, Jr. and Judy Baskett. Both of his parents worked in the Airforce. Coming to his siblings, he has a brother named Randy Curtis.

Hank Basket received his high school education from Clovis High School. Following that, he went to study at the University of New Mexico, from where he graduated with a degree in General Management. During his time in High School, he was amazing in Football, as you might expect. He played football as a wide receiver and he was the college’s football team’s leading receiver in both 2004 and 2005.

Hank Baskett married popular American model, Kendra Wilkinson on the 27th of June 2009 at the Playboy Mansion which is located at the Holmby Hills, Los Angeles, California. After 9 years of marriage, their marriage ended in divorce in 2018. Hank and Kendra share a son, Henry Randall “Hank” Baskett IV (b. 2009), and a daughter, Alijah Mary Baskett (b. 2014). He is currently single as per our records.

Hank Baskett is straight when it comes to his sexual orientation and is neither gay nor bisexual. He was previously married to the popular American model, Kendra Wilkinson for 9 years and they have two children as well. Although he is currently single as per our records, it is worth mentioning here that was once rumored to have dated popular transgender model, Ava Sabrina in 2014 while still being married to Kendra.

Hank Baskett began his professional career in 2006 playing for Philadelphia Eagles, although he had initially signed with the Minnesota Vikings as a rookie undrafted free agent.  He played 16 games for the team and scored 22 receptions. In a 2006 match against Dallas Cowboys, he had 112 receiving yards and one touchdown. In the same week, in a match against Atlanta Falcons, he had 177 receiving yards and one touchdown.

Both of these performances brought him the rookie of the week honors.  In the 2007 season, he played 16 games and had 16 receptions, averaging 8.9 yards per reception. His performances in the season got him named as the 2007 special teams Most Valuable Player (MVP). The following season, he had 33 receptions in 15 games averaging 13.3 yards per reception.  In 2009, he played just a single game for the team before getting released on the 23rd of February 2009.

He then joined the Indianapolis Colts, for whom he had 4 receptions in 11 games with an average of 7.0 yards per reception. After getting released by Indianapolis Colts, he joined Philadelphia Eagles in March 2010 but was released months later on the 21st of September 2010. The very next day, he signed a contract with Minnesota Vikings once again. He scored one reception in single games for the team.

Apart from being a Football star, Hank is a TV star as well. He has starred in the popular reality TV series, “Kendra”, which is based on the life of his ex-wife, Kendra Wilkinson. The series is a massive success, and it ran from 2009 to 2011. It had 4 seasons and 45 episodes.

Net Worth, Salary & Earnings of Hank Baskett in 2021

As of 2021, Hank Baskett has garnered a net worth of $4 Million. Also, he makes close to $800K in a year. He has garnered most of his earnings from his career as a former professional football player. He has played for three teams in the NFL, Philadelphia Eagles, Minnesota Vikings, and Indianapolis Colts. His performances for Philadelphia Eagles in the 2006 and 2007 seasons were great. Apart from that, he starred in the popular TV series, “Kendra” and “Kendra on Top” which has contributed a good amount to his net worth as well.

Hank Baskett has been a good football player and even better TV star. With that being said, we wish him the best of luck in all his future endeavors and hope we get to see more of him in the future. 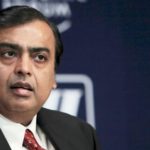