It is the way that we do what we get a chance to do that matters. When you venture into any industry, what will determine how successful you will be is the choices you make. This is because, almost all fields are very competitive today and everyone is going for the best in the list. What this means is that if you don’t play your cards right, the chances of you losing what you treasure so much is very easy. If you have been wondering how actors like Harrison Ford have survived in this industry for decades, now you know. Apart from being an actor, he is also an environmental activist and a pilot. He is the 4th grossing domestic box office star of all time.

Looking at Harrison’s age, we can all agree that this guy is a bit advanced in age considering he was born on the 13th of July in 1942. He was born in Chicago, Illinois, in the United States of America at the Swedish Covenant Hospital. Harrison is the son of Dorothy (nee Nidelman) who was a former radio actress. His father John William “Christopher” Ford was an advertising executive and a former actor.

He has a younger brother named Terrence who was born in 1945. His father John was a Catholic of German and Irish descent while his mother Dorothy was an Ashkenazi Jew. His mother’s parents had migrated from Minsk, Belarus. One day when asked about his religion together with his brother, he jokingly responded “Democrat”. However, he went ahead that they were raised and taught to be liberals of every stripe. When asked what effects his Irish Catholic and Jewish ancestry may have had on his life, he said that as an actor he has always felt Jewish but as a man, he feels Irish.

Harrison might have been born many decades ago but he still went to school. He graduated from Maine East High School which is located in Park Ridge, Illinois in 1960. After graduating from high school he joined Ripon College in Ripon, Wisconsin. He graduated with a major in philosophy and was also a member of Sigma Ni fraternity. Ford describes himself as a late bloomer and as a way of hiding his shyness, he decided to take a drama class and with time he became fascinated with acting.

Ford has not only worked hard in developing his career but he also took time to love and enjoy the beauty of being loved. He has therefore gotten married thrice in his life and two of the marriages have ended in divorce. His first wife was named Mary Marquardt whom he married in 1964. The two were blessed with two sons named Benjamin (born 1966) who is currently a chef and a restaurateur and clothier Willard (born 1969). They however divorced in 1979, 15 years after their marriage.

He didn’t give up on love and he got into his second marriage with Melisa Mathison who is a screenwriter. The two tied the knot in 1983 and after being together as husband and wife for 17 years, they decided to call it quits. Their divorce was finalized in 2004. The two however have two kids together; a son named Malcom (born 1987) who is an actor and a daughter named Georgia (born 1990) who is an actress.

After the end of his second marriage, he started dating Calista Flockhart whom he had met at 2002 Golden Globe Awards. The two exchanged married vows on 15th of June in 2010 and have an adopted son named Liam (born 2001).

The fact that Harrison has been married three times in his life and has 4 biological kids from his first two marriages is enough to prove that he is not gay.

Harrison started acting in 1964 after a season with the Belfry Players on summer stock in Wisconsin, he decided to travel to Los Angeles to start working in radio voice-overs. Although he did not get it, he got a different contract with Columbia Pictures which was a new talent program and used to pay him $150 per week.

His first role was on Dead Heat on a Merry-Go-Round in 1966. This marked the beginning of his acting career. Since then, he has been featured in different projects like; American Style, Love, The Virginian, Gunsmoke, Star Wars Holiday Special and Firewall among others.

Harrison has been highly appreciated for his commitment in the film industry. As a result, he has received many accolades some of which include; BAFTA and Golden Globe Awards and nominations, Academy Award nomination and Jules Verne Award among many others.

Net Worth, Salary & Earnings of Harrison Ford in 2021

It feels good to enjoy the fruit of your labor and Ford is really living well thanks to his hard work as an actor. As of 2021, he has a net worth of $350 million all of which he has earned over the years.

Apart from being an actor, Harrison is also a pilot of both helicopters and fixed-wing aircraft and has a valid license for the same. 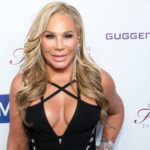 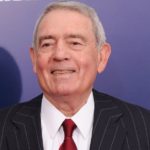