Harry Shearer is an American-based musician, actor, comedian, voice actor, radio host, producer, and director. He kicked off his career as a child actor. His fame rose between 1969 and 1976 since he was part of a radio comedy group, The Credibility Gap. Later, Harry co-wrote a film alongside Albert Brooks, Real Life. Over the years, he has acted, directed, and produced several television series and dramas.

Harry Julius Shearer came into this world on December 23, 1943, in Los Angeles, California. His parents are Dora and Mack Shearer. During his early days, Dora worked as a bookkeeper. The Shearer family were Jewish immigrants originating from Poland and Austria.

When he was four years old, he started taking private piano classes where his teacher had a daughter who was a child actress. Later the piano teacher decided to change her career and become a children’s agent since she had the connection following her daughter’s work. She requested his parents to allow him to go for an audition.

A few months later, she reported that Harry was chosen for a radio program, The Jack Benny Show. He was seven years old, and Harry often speaks about the experience claiming that the environment was warm and introduced him to the world of comedy. During his early days in the filming industry, Harry became friends with Mel Blanc, a voice actor.

His first role in a film was in 1953, where he played a minor character. Later Shearer took up more roles in film, and in 1957, he was cast in the Leave It to Beaver television series. However, his parents requested that he was not a regular character to ensure that his childhood was normal.

After graduating from UCLA, he worked in the state legislature. In the last 1960s, Harry worked as a high-school teacher but left this field due to unresolved issues with the administration. In 1969, he joined a comedy radio group, Credibility Gap, under KRLA, but the show was canceled in 1970, leading the group to perform in concerts and clubs.

Harry joined UCLA doing a bachelor’s degree in political science in the early 1960s. Later he quit for a month to focus on himself and become a serious person. At UCLA, he was part of the Daily Bruin staff whose primary role was to work on the school’s newspaper. Shearer worked as an editor of the school’s magazine and was part of the 1964 Preyboy parody. During his days in school, he also took up a job in a top radio station, KRLA. After graduating, he joined Harvard University for a year.

Harry tied the knot with Penelope Nichols, a folk singer, in 1974, but the couple divorced in three years. About two decades later, Shearer married Judith Owen, a Welsh singer. In 2005, the two launched the Courgette Records label. This celebrity owns several homes in California, New Orleans, Louisiana, London, and Santa Monica. Harry often critics some of the choices the government has taken over the years.

Harry Shearer among the top entertainers in American history; hence he is well-known and has many fans. Hence, many people often wonder about his personal life, especially his sexual preferences. Shearer is straight and has tied the knot a few times, and in all the cases, his partners are females.

In 1979, Harry joined Saturday Night Live for a year and later re-joining the show between 1984 and 1985. He was part of the 1984 hit film; Spinal Tap, co-created, co-created, and co-starred. In the late 1980s, Harry took part in The Sitcoms animated sitcom as a regular cast. In the series, he voice-acted several characters, including Ned Flanders, Principal Skinner, Mr. Burns, Waylon Smithers, Kent Brockman, and more.

Over the years, Harry took up roles in many films, including A Mighty Wind, The Truman Show, The Big Uneasy, etc. From 1983, he started hosting the Le Show radio program that involves music, comedy, and satire. Currently, Shearer has written three books.

Harry Shearer is a great entertainer who has explored different sides of entertainment. As a result, he has several nominations due to his incredible work. In 2014, he was awarded the Primetime Emmy Award for The Simpsons Series for his outstanding vocal performance. Harry has been part of some of the best shows and series in American history, boosting his fame.

Net Worth, Salary & Earnings of Harry Shearer in 2021

As of 2021, Harry Shearer’s net worth estimates to $100 million, which he amassed from his different ventures in the entertainment industry. He has earned this huge amount from his work as a comedian, musician, director, producer, radio host, actor, and writer for the last six decades.

Harry Shearer is among the celebrities who rose to fame at a young age. He kicked off as a child actor and was part of several big shows during his early days of his career. Harry is an example of talented individuals who work hard to achieve their dreams. The American-based celebrity is hardworking, focuses, determined, and delivers incredible performance. His story encourages people to chase their dreams despite their age since with the right qualities, everything is possible. 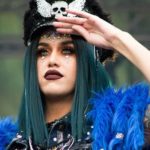 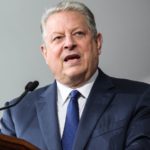