Hayley Elizabeth Atwell, more popularly known as Hayley Atwell, is an actress by profession who is British-American. She has appeared in various shows and movies, which is the reason behind her popularity and her large fan base.

Hayley was born to parents, father Grant Atwell and mother Allison Cain, in London of England, the UK, on 5th April of 1982, which makes her 39 years old as of the current year. She is the single child of her family as she does not have any siblings, reportedly. But not much information about her family is available to the media other than the fact that Atwell possesses dual citizenship of United States of America and United Kingdom as her mother, Allison, is British. At the same time, her father, Grant, is American.

Hayley’s father is a photographer by profession, and she traveled for two years with her father, working for a casting director, but not much is known about her mother’s field of work.

Hayley attended the Sion-Manning Roman Catholic Girls’ school, from where she completed her primary education and later went on to attempt for A-levels at the London Oratory School. After she took a break of two years for traveling with her father while she also worked for a casting director, she enrolled herself in the Guildhall school of music and drama, where she learned acting for three years and finally graduated in the year 2005 with a bachelors degree in acting. While she was in Guildhall drama school, she had friends like Jodie Whittaker and Michelle Dockery, who are now actresses by profession as well, and was also seen working with Hayley in different projects.

Hayley has quite an impressive dating history as she had dated a handful of popular celebrities like when she dated the Irish guitarist of the rock band Snow Patrol named Paul Wilson in the year 2012, which ended in less than a year after which she was rumored to be dating the popular English actor, writer, and director named Stephen Merchant.

This relationship also ended after a while, and then Hayley got involved with the musician and model by profession, namely Evan Jones, but they too walked their separate ways after being together for 18 months and then breaking up in the year 2015. Hayley is currently single and plans to maintain her current status to focus on her career.

Hayley’s sexual preference is evident from the list of all the men she has dated till now. All of her romantic engagements were with men, and she also revealed that she identifies herself as a straight person, which makes it safe to conclude that Hayley is anything but a lesbian.

Hayley started as an actress first when she appeared in the BBC Network’s miniseries named Tye Line of Beauty in 2006. The next year she bagged a major role in Cassandra’s Dream and became a sensation immediately after working in the movie Duchess which got her fame almost overnight. She has also starred in various other projects like Woman Beware Woman, Man of Mode, Major Barabar, and Bridge. In Ant-Man, Captain America: The first avenger, Agent Carter, Avengers: Age of Ultron, Captain America: The winter soldier in the role of Peggy Carter, which gave her immense popularity and fame from around the world.

She has been nominated for a variety of prestigious nominations. The most commendable achievement would be the Best Actress nomination for the movies The Pride and Rosmersholm. Apart from this, she is yet to land with some other prestigious awards in her career.

Net Worth, Salary & Earnings of Hayley Atwell in 2021

Hayley’s net worth is calculated to be around $4 million, estimated as of the current year 2021. Most of this is generated from her successful acting career in the industry, where she has landed more than enough contracts with the help of the talent and skill that she portrays through her performance.

Hayley is an immensely talented actress who has a huge fan base, thanks to her beauty and talent. She has managed to take her career to a new height and became what she is today with hard work and utmost dedication. She has proved to the world that she deserves appreciation which makes her an immense source of inspiration for a lot of people in the world. 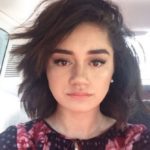 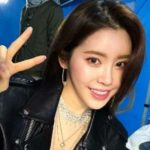