Arica Tiffany Adams or as fondly know Hazel E is an American actress, singer, publicist and businesswoman. If you are obsessed with reality TV, then you must know Hazel from the show ‘Love and Hip-Hop’. She is also famously known for being a rapper. Her album ‘Shoe Fetish’ and her mixtape ‘Valley Light’ are what made her to be widely known. Hazel is an African-American with a mix of Puerto Rican. She and her best friend, Teairra, were both cast in the show, ‘Love and Hip-Hop’.

Hazel E was born on April 25th 1980. She was born in Cincinnati, Ohio by her mother Angela Cross Nettles. Her real name is Arica Tiffany Adams.  Not much is known of Hazel as a kid and her father is also not widely known. She comes from a military family and the family used to move a lot when she was young. She developed a love for singing and acting since she was seventeen years old. As an actress, Hazel is also known for her movie’ Parkers’ released in 1999.  She is widely known though, for her role in reality television show, ‘Love and Hip-Hop’.

Not much is known about Hazel E early education. For higher education, she went to Southwest Texas State University. She one of those celebrities who are not completely open on their background that is why there is not enough information.

After graduating from the university, Hazel E joined the entertainment industry to become a musician and an actress. She became well known for being the publicist of different celebrities and she became more famous when she started dating comedian Kat Williams. She was among the original cast of ‘Love and Hip-Hop Hollywood’ and left after only two seasons.

She then returned in season 3 as a supporting character and was recast again as a main character in the fourth season. At the time of shooting the first season, she was in a relation with a rapper called Yung Berg. It seemed like the rapper did not want to date her.

In 2018, she confessed that she had been mistreated by her baby sitter. The year 2019 saw her start dating Devon Waller. Devon is a model and younger than Hazel E. There were some rumours of Devon cheating on Hazel E but the couple seemed to work through it. They got married and had their baby in 2020.

As of sexual orientation, Hazel e is straight. She has had a fleet of boyfriends and is currently married to Devon Waller with whom she shares a son. There have been rumors of cheating in their relationship but they are still together.

Hazel e started her career at age 17. She however did not release any album until 2008. Her album ‘Shoe Fetish’ debuted on 2008 and it quickly became a hit and became quite popular. The second mixtape she released, ‘Valley Light’ was what made her to be known. She proceeded to become a publicist seeing that she was widely known now.

She worked with big names like Trey Songz, Gnarls Barklry, Soulja Boy and Tanks. Her acting career boomed in 2014 when she joined the reality TV show ‘Love and Hip-Hop’ where she was among the main cast for the first two seasons. In season three, she was a supporting character. She then returned to her major role of a main character in season 4. All along the production of the show, she continued releasing songs and used the show to promote them.

Although she has been in music for quite sometimes now, Hazel has never been nominated for a major award. All hope is not lost though because she is still active in her career she might get some in the future.

As of 2021, Hazel E net worth is estimated to be $1 million. This has come from her album sales, businesses and acting career. Most of her money has come from the show, ‘Love and Hip-Hop’ where she was cast among the main characters for a couple of seasons.

Hazel E is a drama queen who is not afraid to show it. If you followed love and hip hop, you already know it. It is however apparent that she is not going back to love and hip hop. She sure did have her own fair share of fun and drama. Her fans can’t seem to get enough of her. It is therefore important to note, she is a power house who has influenced, motivated and mentored young people all over the world. 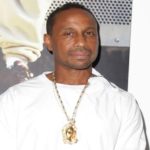 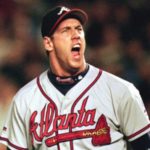