Nowadays yoga-practice is becoming popular. Yoga is being practiced in every household. Some of us are practicing yoga at a yoga center. Some of us are learning yoga on television. Some are making YouTube as their yoga teacher.

How effective is the yoga method we are now practicing? Are we practicing yoga correctly? The question must be raised. Because of some experience the immediate health benefits of yoga. Some do not even get the indication that it has a real benefit. Some may have side effects.

Why are so many people practicing yoga?

Most people now suffer from mental illness. Mental disorders have increased. Problems such as depression and anxiety have plagued many. They are doing yoga to alleviate such mental disorders. Yoga has been adopted as a means of purifying the mind.

There are many methods and practices of yoga.  The goal of all of these yoga looks the same, physical fitness and peace.

Similarly, people have now developed their own yoga methods. Some go to yoga with dogs. It’s called Dog Yoga. Some are practicing nude yoga, seamlessly. The trend of beer yoga has begun in Germany’s capital, Berlin.

This kind of practice and experimentation is making yoga universal. However, the true significance and nature of yoga are disappearing.

Many people living in urban areas today are found to be overweight. Many adopt different approaches to remain fit and reduce weight.

Yoga and meditation have hidden some secrets of the human body that can alter our DNA and prevent many deadly diseases like cancer.

Many people today are taking advantage of yoga and meditation. And, they are enjoying its health benefits.

Very few people know that its benefits begin at the molecular level in our body. That is, the genetic code of the body can also be changed with yoga and meditation.

One of the benefits is the improvement of mental health. With meditation and yoga, memory is tightened, you get focused on something in the right way and concentration also increases.

There are many diseases we have never heard of today. The biggest reason for this is our lifestyle and daily living in stress.

If we are properly practicing yoga and meditation, then stress will run out of our lives. That is, it is an antidepressant that benefits.

Studies have shown that yoga and meditation practice will improve our eating habits too. Regular yoga practice leads to our interest in healthy eating.

Diet improves and people start to become happier. It also increases self-confidence and the desire to take care of your body.

Sitting in front of a computer all day without having to do any outside activities can cause the body to suffer from many ailments. Many types of pains begin to develop in the body at an early age.

We also do not have time to exercise because of our busy schedules. But, if only a little time. If we pay attention to our bodies, it benefits us.

What causes cancer in the body?

Cancer can be caused by excess body fat. Cancer can happen for whatever reason. To some extent, the sun’s radiation, including smoke pollution, can also cause cancer. Likewise, how much the body’s immune system can digest these factors determines cancer. However, there are some things that are considered the leading cause of cancer.

Cancer is caused by various causes, which can cause cancer in the body such as oxygen. We cannot survive without the lack of oxygen. But oxygen, in the form of PM radicals in the body, can also be a major factor in cancer.

Most people have cancer after 5 years of age. The reason for this is that the more we age, the more the body’s healthy cells begin to regenerate. This makes the body more prone to cancer.

People are also at risk for various types of cancer due to poor diet, lack of exercise and uncontrollable stress.

If someone in the family has cancer, the child born of such a person is also more likely to get cancer. In particular, breast cancer, melanoma, ovarian cancer, prostate and bowel cancer can easily pass from one generation to the next. This does not mean that if one of the parents has cancer, you also have cancer.

Cosmic ray radiation in the ground and environment is considered a major factor. Radon gas, radioactive secretions, X-rays emitted from nuclear weapons. Such radiation can harm the cells. And, leads to cancer risk. This type of radiation can also harm people living in and around the nuclear power plant.

Pollution is also the leading cause of cancer. Due to air pollution, we are exposed to many elements every day, which can lead to lung cancer.

Alcohol is a major cause of cancer in itself. Smoking cessation with alcohol is more likely to cause cancer and other diseases. Alcohol causes a higher risk of mouth, throat, esophagus, vocal cord, liver and breast cancer.

Various types of viruses and bacteria also increase the risk of cancer. It contains the Human Papilloma Virus and other viruses and some other bacteria.

The first 2 symptoms of cancer

Cancer can also be prevented if it is identified early. If you have symptoms of cancer, do not overdo it. However, regular check-ups and medical consultations should be taken. Here are seven symptoms that can be seen in everyone’s cancer. Never overlook these symptoms.

Do not overlook any pain or feeling in any part of your body. Do not be fooled by the pain killer. Breast cancer in women is very difficult to detect initially.

Fever is also an indication that there is no balance in the body. Regular fever can also be a symptom of cancer. Long-term fever can be a problem for a variety of cancer patients. Occasionally, negligence in the fall of fever can be a serious problem.

Whenever you begin to feel tired and weak, you realize that the body is unwell. Early symptoms of cancer include fatigue and weakness. Particular attention should be paid to smokers or smokers. In some cases, blood pressure can also feel tired and weak.

There is always stress. Be careful if the direction and the color of the urine have changed. In such cases, it is best to go to the doctor as soon as possible. Most people think that life is the cause of stress, but sometimes it can be a sign of serious problems. Cancer symptoms include excessive stress and even body shaking.

Early childhood exercise reduces the chances of obesity and cancer. Get your child to exercise

Exercise plays an important role in reducing the risk of adverse effects, such as obesity caused by many fatty foods. A recent study has found that adolescents who exercise regularly have a lower risk of obesity, heart disease, and cancer.

A detailed description of this study is published in ‘The Journal Frontiers in Physiology’. Studies have shown that energy is stored in our bones long after we stopped exercising.

The group of researchers compared the health and digestive function of the rat bone by exercising different types of food (smoothed) in the rat test.

They reduced the activity of the ‘messenger molecule’ to inform the genealogical activity of the bone marrow. Studies have found that the rat gene that causes irritation in exercise rats, even after eating a lot of yogurt.

“More importantly, exercise had its effect at half the age of life, not long after the rats stopped exercising,” said Justin O’Sullivan, a molecular geneticist at the University of Auckland, New Zealand, adding that Bonmaro was reminded of the effects of exercise. Exercise in obesity was preventing acne from the negative effects of many sugary foods. ‘

The study found that since childhood and adolescence are the time for bone growth and growth in our body, exercise at this time helps to stay healthy even at an early age.

‘The faster your’ bonus’ is complete, the less likely it is for bone fractures or bone fractures to occur in your youth, “says Alvin Firth, of the Liggins Institute at the University of Auckland.

In addition, the study showed that the rat’s bones exercised after digesting food changed the course of energy flow. That is, changes in the flow of energy have worsened the adverse effects of many sugary foods.

Want to get rid of obesity? If so, pay attention to these things

1. Make a food journal by making notes about the foods you eat.

2. If you want to reduce your weight fast, exercise at least 1 hour a day in regular physical exercise.

Some exercises for quick weight loss :

Exercising cardio for one hour a day can help you lose weight faster.

Here’s how to create a fast weight loss diet plan

Dieting to lose weight has become commonplace. Crash diets also have a lot of nutrition in the low-fat diet.

However, this method can sometimes be counterproductive because you may lose weight again after you stop dieting.

Do this to reduce the meat around the belly

The fat around the stomach has caused a lot of stress. Many people are having problems due to lack of circumstances and time, despite having a diminished mind. It is important to reduce fat, which burns more calories.

If you are thinking of reducing stomach fat by using any of the drugs or weight loss products available on the market, consuming these items can have a negative impact on your health.

Chemical is used in many of the products available in the market, which in turn harms your body beyond its benefits. In this way, it is beneficial to use natural methods to reduce the fat you grow.

A simple way to reduce the fat around the stomach 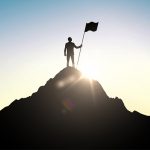 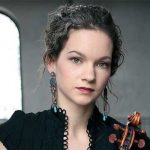