If you thought comedy was only meant for men, then you are mistaken. Iliza Shlesinger has proven that the field that is highly dominated by men is also perfectly fit for women who believe in themselves and are ready to go against all odds to achieve their dreams. Today, Iliza is a well-known comedian who is celebrated all over the world for her comic. Apart from being a comedian, she is also a great television host and actress who has managed to achieve a lot over the years.

Iliza believes in focusing more on her career life and leaving her family away from the public. For this reason, she is very mean when it comes to revealing information about her childhood life including the names of her parents. All what we know is that she was born in New York City, but she was raised in Dallas Texas. However, due to the fact that very little information is known about her childhood life, many people state that she was born and raised in Dallas, Texas which is not the truth.

Iliza is currently in her late 30s as she was born on the 22nd of February in 1983 to a Jewish family but unfortunately, she has not revealed the name of parents or siblings if any.

When it comes to Iliza’s education, she has been generous enough to provide us with all the information we need. As mentioned above, she was brought up in Dallas Texas and this is where she started her school life. She attended Greenhill School which is located in Addison, Texas. Greenhill was a private school and hence, it offered her an opportunity to study Mandarin Chinese and Spanish. At the same time, she was a member of the school’s improvisation team.

Her writing and editing skills were also refined at Emerson College and this is also the place where she joined a comedy sketch group in the campus known as Jimmy’s Travelling All Stars. After graduating from College, she decided to move to Los Angeles as a stand-up comedian.

Many times when people talk about dating sites, we think of a site for people who are looking for a person to spend time with. However, the truth is, it is possible to get a soul mate in a dating site and this is exactly what happened to Iliza Shlesinger. Iliza met Noah Galuten in a dating site in mid 2016 and they immediately started dating. One year later, the couple got engaged in 2017 in the presence of their family and friends.

One year later, on 12th of May in 2018, the two love birds decided to tie the knot. What started between strangers in a dating site ended up into a marriage and so far so good. The couple has been married for three years now and there are no rumors of their breakup or separation.

As we had stated before, Iliza is very mean with information and therefore, she has not revealed much about her past relationships. However, looking at the only information we have, it is important to conclude that Iliza is not a lesbian. This is because; she joined a dating site and fell in love with Noah Galuten who is a male. Since she was serious about what she was getting herself into, she accepted Noah’s proposal and got married to him a year later.

Iliza Shlesinger joined a stand-up comedian group known as Whiteboy Comedy in Los Angeles to sharpen her comic skills. She later performed in the ‘The Improv’ and in 2007, she decided to start her luck in the ‘So You Think You’re Funny’ contest on MySpace and luckily, she won the contest. On G4 network, she appeared on the ‘Myspace Girl of the Week as she progressed in her experience as a comedian.

Although Iliza is a great actress and a TV host, it seems like she concentrates more in her career as a comedian. She has also been featured in different TV shows some of which include: ‘John Oliver’s New York Stand Up Show’, ‘History of a Joke’, ‘Forbes Celebrity 100’, ‘Comedy Central Presents’ and ‘America’s Next To Producer’ among others.

A mobile network GOTV had her show which was a contributor for Heavy.com. Just to mention as part of her achievements, Iliza was named the first female as well as the youngest person to win the NBC’s Last Comic Standing in 2008. Two years later, Shlesinger came up with two comedy video titled ‘Act Like a Lady’ and ‘Man Up’. She later released ‘Iliza LIVE’ on her website. In 2012, she decided to try out as a TV host and her first show was ‘The Weakly News’ as well as a ‘StarTalk’ radio show in 2016.

Iliza has had great achievements in her life as a comedian. One of the most notable achievements was her win of the NBC’s Last Comic Standing in its 6th season series. Her fellow comedians selected her twice to represent them in the head-to-head eliminations competitions, and she won each time. She was also featured in The Last Comic Standing Tour.

Net Worth, Salary & Earnings of Iliza Shlesinger  in 2021

Although we don’t have much information of her annual salary, it is clear that she is well-paid looking at her current net worth. As of 2021, her net worth is estimated to at $10 million. Although she has many careers, it seems like much of her wealth was earned through her career as a comedian. Her appearance in different movies as well as working as a co-host in different shows has highly added to her current wealth.

When we believe in ourselves, there is much we can be able to achieve. This is what Shlesinger did. She knew she was wired for greatness, and she continues to try new things every time. Apart from being a comedian and a TV host, she also tried being an actress, and she succeeded. She has been featured in a number of movies some of which include: Paradise (where she is a co-star), War Paint (which is a comedy series) just to mention a few. 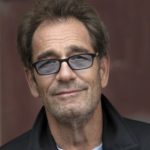 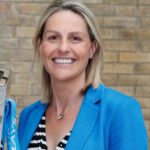