Immortal Technique, whose full name is Felipe Andres Coronel, was born on the 19th of February 1978 in Lima, Peru. He is of Amerindian, Spanish, French, and African descent. In 1980, when he was just a couple of years old, his family moved to Harlem, New York to be safe from the Peruvian Civil War. He didn’t have the best of times growing up as he was arrested multiple times in his teenage years. He says that the reason this happened was in part due to his “selfish and childish” behavior.

Immortal Technique received his high school education from Hunter College High School. Then, he was classmates with popular stars, Chris Hayes and Lin-Manuel Miranda. He used to bully them both at school but he later became friends with both of them. He then went to Pennsylvania State University, but he got into an altercation with his fellow students shortly after joining the university. Because of the incident, he was arrested and incarcerated for a year. Upon getting out on parole, he joined Baruch College, where he studied political science.

Immortal Technique is currently single as per our records. Also, there is no record of his previous relationships, if any.

Immortal Technique is straight when it comes to his sexual orientation and is neither gay nor bisexual. He is currently single and there is no information about his previous relationships as well, as he is a very private person.

Immortal Technique began his career by selling his music on the streets of New York and engaging in various freestyle rap competitions of the New York underground hip hop scene. He released his first album, “Revolutionary Vol. 1” in 2001. Interestingly, he released the album with his own money and didn’t have the backings of a record or a distribution deal.  A couple of years later, he released his second album, “Revolutionary Vol. 2”.

The album’s single, “Point of No Return” was as used as the entrance theme for Rashad Evans during the UFC 88 Main Event between Chuck Liddell and Rashad Evans. His third album, “The 3rd World” came out in 2008. In 2011, he released his compilation album, “The Martyr” which had 1 million downloads within a week of its release on ViperRecords.com.   He often shares on topics like racism, world revolution, war, through his songs. An example of this would be his 2005 single, “Bin Laden”.

While Immortal Technique hasn’t won any award as of yet, he does have a few notable achievements to his name. For instance, his 2011 compilation album, “The Martyr” received 200,000 downloads on its first day of release and a million downloads in a week.

Net Worth, Salary & Earnings of Immortal Technique in 2021

As of 2021, Immortal Technique has garnered a net worth of $4 Million. He has garnered most of his earnings from his music career. Apart from being a singer, he has worked in movies as well such as the 2005 political film, “This Revolution”.

Immortal Technique has been a good singer and his work shows that. He is involved in various charitable works as well which proves the kind of heart he has. With that being said, we wish him the best of luck in all his future endeavors and hope we get to see more of him in the future. 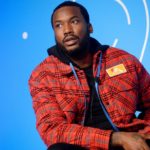 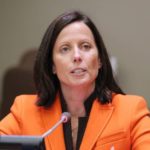