Indiana Massara is an Australian actress, model and pop singer. Best known for playing a part in the series ‘Chicken Girls,’ she was born in Australia and at a very young age moved to the United States after quitting school to get into the film industry. After being rejected quite a few times, she got her first modeling breakthrough for the Los Angeles Fashion Week. And soon after getting noticed for her part in ‘Chicken Girls,’ she developed a large fan following. Around this time, she also released her first hit single called ‘Drama.’

Indiana Massara was born in Coolbinia, a town in Perth, Australia. She lived with her parents, Ian and Julie and her sibling Presley, before moving to America for Presley’s acting career. She stayed in Australia with her grandparents. She attended the Mercedes College in Perth before she moved to Los Angeles to live with her family again. Indiana as a child, had an interest in sports. After she moved to the U.S, at the age of 13, she got her first big modeling assignment as she had to walk for the Los Angeles Fashion Week.

Indiana Perth went to Mercedes College for schooling for a while before she shifted to Los Angeles; she dropped out of school and isn’t currently pursuing any education due to her being busy with work. It is unknown if she intends to pursue any education in the future.

Indiana Massara lived with her grandparents for a little while and then moved to America. She currently lives in Los Angeles. Indiana likes to maintain privacy in her personal life; therefore, information about her personal life is not available. It is known that she and her brother worked together in the American reality series ‘Shit Happens.’

Amidst other things, if one were to go through her social media, it would strike them that Indiana is fond of touring historical places and is obsessed with the color red. She also seems to be a social person and is often seen hanging out with her friends and workmates. She has her own YouTube channel in which she posts fashion videos, videos of her singing, small snippets of her life and other such similar content.

Even though she is currently single, and she is very private about her personal and love life, it is said that she wrote her to hit song ‘Smoke My Eyes’ soon after her she had broken up with her first boyfriend. It is also rumored that Indiana dated Matt Sato. She also has a list of celebrity crushes that include Romeo Beckham, Theo James and Shawn Mendes. As a young girl, she enjoyed sports, and she also seems very fond of dancing.

Even though she played the character of a bisexual girl Rooney in the TV series Chicken Girl, she does not identify as lesbian or bisexual. However, she believes and supports the representation of the members of the LGBTQ+ community.

Indiana Massara had always been inspired by entertainers like Elvis Presley and Frank Sinatra. She moved to Los Angeles in order to become an actress. She was rejected multiple times, but she didn’t give up and soon got her first breakthrough as a Los Angeles Fashion Week model in 2013. Soon after, pathways for her career opened up to her.

She got her first acting job in a comedy movie, ‘Crafty: or (The Unexpected Virtue of the Girl in Charge of Snacks)’ in 2015. She then featured in TV shows like ‘Shit Happens,’ ‘Connect and ‘Saturated.’ Her acting breakthrough happened when she landed the role of Rooney in the TV series ‘Chicken Girl.’

In 2017 she kick-started her music career with her debut single named ‘Drama.’ Soon, she released more hits like ‘Apology’ and ‘Smoke My Eyes,’ which featured social media influencer Matt Sato.

Net Worth, Salary & Earnings of Indiana Massara in 2021

The estimated net worth of Indiana Massara is $500 thousand as of the year 2021. Her success both as an artist and as a model and actress adds up to the account of such a large net worth. She charges up to $10k per episode, explaining her having such a large fortune at such a young age.

Indiana Massara is a young achiever in the American entertainment industry. After coming to Los Angeles from Australia, she set up her mark in the film and modeling industry. She has a prosperous career in the film and music industry while she is also maintaining a huge influence on social media. 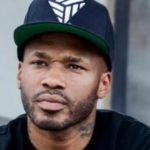 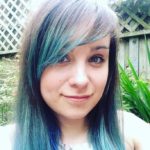