Isabella Crovetti is an American actress who initially performed as Isabella Cramp, shifted to Isabella Crovetti-Cramp, and then performed as Isabella Crovetti, and had come into the limelight after playing the role of Abby Weaver in ABC’s sitcom The Neighbors (2012–2014). She had gained further popularity after appearing in numerous other TV shows including Colony (2016–2018) and by acting as a voice-over artist in several programs on the small screen such as Shimmer and Shine that had premiered in August 2015 in which she has voiced the main character of Shine. Isabella has also starred in a number of films like Joy (2015) where she essayed the role of Young Joy. She is the recipient of many awards including the Young Artist Award in 2014 for “Best Performance in a TV Series – Supporting Young Actress”.

She is represented by Osbrink Talent Agency.

She is of German and Italian descent. 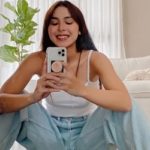 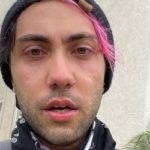