Isyana Sarasvati is an Indonesian singer, songwriter, record producer, actress, and multi-instrumentalist. She is best known for her studio albums Explore! (2015), Paradox (2017), and LEXICON (2019).

Mole above her upper lip

Isyana Sarasvati has endorsed brands such as Oriflame Indonesia and Melissa Shoes Indonesia. 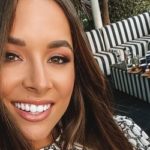 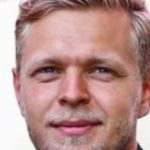