Luke Abercrombie, popularly known as It’s Just Luke, was born on 26 February 2000 in Georgia, United States. His mother is called Kimberly Rae while as he has not shared any information concerning his father. However, his parents live separately. He has four other siblings, two sisters and two brothers, namely; Megan, Sara, Kyle, and Trey. He holds American citizenship, although his ethnicity is not known.

Luke is very open concerning his educational background. In one of his videos, he revealed that he dropped out of school while in 10th grade. He did this to allow him to pursue his internet career. While in his 9th grade, he was already making vines which helped him escape depression and anxiety.

He even convinced his mother to allow him to take online classes towards the end of the 10th grade to give him time for his videos. After he dropped out of his 10th grade, he decided to enroll in night classes which allowed him to graduate with a high school diploma in 2017. All his family members, including his father, attended his graduation ceremony.

Luke is currently single as he has not shared any information on his dating history. He, however, came out as gay on 2 October 1018 on a video he posted on his YouTube channel named “Coming Out.” Because his family was not supportive of gay people, he tried to lead a normal life, although he was not sure if he was gay or not.

Yes. Luke openly came out as gay on 2 October 2018. He tried to hide his sexual orientation at first, but later, it was revealed, and this attracted bullying in school.

Luke had a great interest in becoming an internet personality since he was young. His first video on Vine was in September 2014, which attracted over 1,000 followers. By April 2015, he had reached 10 000 followers. This made him get a thought of starting a YouTube channel which he named “It’s Just Luke” on 9 March 2018. Some of his first videos on YouTube include “Recreating Our Iconic Vine Pt. 2,” “Bad Guys “With My Vines,” and Why I Quit YouTube,” and several others.

He posted another video, “I Dropped Out in 10th Grade,” in which he revealed that he had moved in with his father before moving back with his mother. One of his videos was about why he took a break from YouTube. He revealed that though he was still making Vine videos, he was never happy and even considered dying. After reaching 200k subscribers on YouTube, he realized he had been making money, although he did not have it because his mother was in charge and did not know what she did with the money. After questioning her, they had conflicts, and he went to live with his father. Shortly after, he was kicked out and was left with no house nor money, and at this, he quit YouTube.

He also does online business. He owns an online shop for men and women T-shirts, sportswear, workwear, and polo t-shirts.

Luke has not received any awards yet from his YouTube career. He is, however, doing very fine, and soon, he will start receiving various awards. His channel has many followers who have helped him acquire a good amount of money.

Luke has had a tough time growing his career because of the bullying he received after his family and friends came to know his sexual orientation. He has, however, been able to overcome the bullying and is now making good money to sustain him. 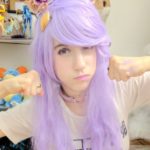 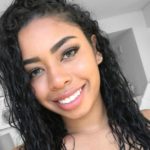