Jackie Jackson is an American singer, songwriter, actor, and producer who is best known for being the founding member of the popular pop band named The Jackson 5 alongside brothers Tito Jackson and Jermaine Jackson. The group also received a star on the Hollywood Walk of Fame in 1980 while being inducted to the Rock and Roll Hall of Fame in 1997 and the Vocal Group Hall of Fame in 1999.

Jackie was part of a TV commercial for Pepsi in 1984. 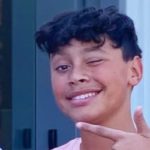 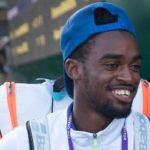