John Coger Martling, famously known as Jackie Martling, is a writer, comedian, author, actor, and radio personality. He was immensely appreciated for his writing and stand-up comedies for the radio show The Howard Stern Show. The show ran from 1983 to 2001, in a result of which he rose to fame in front of his fans. He was also a part of a music group called The Losers.

John Martling was born in a village on a long island in Mineola, New York, on 14th February 1948. He was the eldest among the four siblings. His ancestry includes French, English, and Dutch.

Jackie went to the James H. Vernon School in East Norwich, New York. However, in seventh grade, he took up music. Later he went to Oyster Bay High School, followed by Michigan State University to complete his mechanical engineering degree. He was a good singer and guitarist during his college days. He later became a gymnast.

Jackie Martling married Nancy Sirianni in 1988. Their relationship and Nancy’s appearances in Jackie’s shows made them quite famous than before. On The Howard Stern show, Nancy’s music with her band called ‘The Scoldees’ was played and enjoyed by Howard and his crew. However, Nancy and Martling parted ways in 2008; however, they resumed their partnership in a show called “Play with Jackie” in the same year.

No, Jackie was married for few years to a lady. There hasn’t been any news of him being involved with men.

Jackie lived in Denver, Colorado, for six months after University, doing the construction work. When he came back to New York, he worked as a singer and guitarist in the show ‘The off rockers’ that also included playing Banjo and kazoo in their sets along with cracking jokes. While performing solo shows, Jacky used to crack jokes too.

In 1996 he went to an open mic night in New York City, which was organized by a comedy club called Catch a Rising star, and since then, he started thinking about being a stand-up comedian. In 1979, ‘The off rockers’ disbanded the group to start a new one, and hence Martling took up stand-up comedy as a full-time job.

He started to work on his acting skills and dirty jokes. At an event called My Father’s place in New York, he came across great comedians like Eddie Murphy, Bob Nelson, and Robert Bartlett, who also performed in his shows. He also launched his first comedy album, ‘What did you expect ?’ He recorded using his own recording equipment.

Later he launched Goin’ Ape! in 1980. In 1981, Dave Lipson found the Martling’s joke line and included them in his show ‘Dees’. This gave Martling a breakthrough as he hosted a joke session for the Dees show, which sorted him the name ‘The Joke Man’. This was followed by the release of his 3rd Album called people are people you don’t know that well.

In 1982, Martling came to know about the radio show personality Howard Stern when Martling was suggested to send his comedy albums by Garvin’s Club Owner in Washington DC. In 1983, Jackie mailed Howard Stern the three comedy albums that he had published. Stern really liked these albums and called Martling as a guest on his show.

Later this became a weekly thing which later was turned into a segment in the Howard Stern show called the “Stump the Comedian”. It was a competition where the callers would start a joke, and Martling was challenged to provide them with a punch line; otherwise, they would win rewards!

In 1985 when the show was canceled, Martling was initially hired for two weeks and later for two months as a full-time writer for the same show as it became a morning show in February 1986. He became a well-known head writer that would manage how the sound effects and his lines were out forth in front of Howard.

After many more documentaries and albums, he published his first music album, Happy Endings, in 2007. Then in October 2017, he wrote his autobiography, ‘The Joke Man: Bow to Stern’. Now, every day at 4:20 pm, Martling posts a joke on his Twitter account.

Jackie Martling has managed to sell his comedy skills to earn a decent amount of earnings that make his net worth around $4 million as of 2021, He leads a luxurious life at his mansion, having parties and concerts.

Jackie is a talented person with good writing and acting skills. He was well aware of his interests since he was a child. He is confident and competent about his career, the quality which makes him unique from others. His personal life had some ups and downs, but he faced them gracefully and the result of which is completely evident in front of the world. 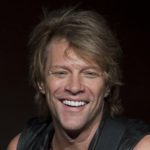 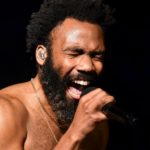