Jaimé Gomez is an American actor, producer, writer, director, and businessman, best known for his role as Inspector Evan Cortez in the CBS TV series Nash Bridges (1996-2000). As a movie actor, he has appeared in movies such as Clear and Present Danger (1994), Crimson Tide (1995), and Training Day (2001).

Jaimé studied at the Joanne Baron Acting Studio in Santa Monica, California, United States. After 2 years, he earned a Certificate of Excellence in Theatre in 1986.

Jaimé Gomez is represented by –

Note: He has a child from a previous relationship.

He is of Tejano Spanish descent on his paternal side.

After he lost his cousin to HIV in the 1990s, Jaimé became a big supporter of the Centers for Disease Control and Prevention (CDC) and their AIDS campaign, #DoingIt, which promotes the importance of HIV testing. 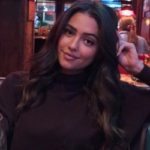 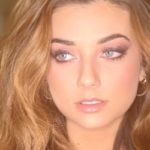