Jamie Murray is a model and actress by profession based in England. She is well known for her roles of Stacie Monroe and Lila West in the shows Hustle and Dexter, respectively.

Jaime was born to parents, father Billy Murray and mother Elaine Murray on 21st July 1976 in Hammersmith of London, England. Her father was also a part of the entertainment industry as he was a well-known actor and received an award for his role of Johnny Allen in the Soap Opera, EastEnders, but not much about her mother is known. She is not a single child as she has a sister named Lizzie, and she also has a half brother and half-sister from her father’s marriage from before.

It is not exactly known to the media which school she attended. Still, she revealed that she attended the London School of Economics to pursue her major in philosophy and psychology after graduating high school. But she eventually ended up dropping out of the university and got herself enrolled in Drama Centre London, from where she graduated in the year 2000.

Jaime Murray allegedly had a romantic relationship with the American entertainment lawyer and talent manager, Bernard Cahill, and their relationship became official in 2010 from when they started dating. After dating for a while, they first got engaged and then tied knots with each other in the year 2014, and they are still together, living a happy life to this day.

It is known to the world and also the media that Murray is married to Cahill, who happens to be a man, and as Jaime also revealed that she identifies herself as a straight woman, it will be safe to conclude that she is anything but a lesbian.

Jaime was first in front of the cameras when she lipsynced the lyrics in Stretch and Bern’s dance track named I’m Alive. Murray is also a widely popular model who has been featured in various popular magazines like GQ, Mayfair, FHM, Hello!, Cosmopolitan and Ok!.

Murray bagged her first small screen job in 2001 when she appeared in an episode of the drama named The Bill, after which she appeared in other TV shows like Hustle and The Beautiful Life: TBL.

She also appeared in the Syfy Network’s series named Warehouse 13 as Helena G. Wells, and she revealed that she worked with the team for 15 episodes.

She then went on to appear in several television series in the coming years like Spartacus: Gods of the Arena as Gaia, Ringer where she played the role of Olivia Charles, Defiance in which she portrayed the role of a Castithan alien species member named Stahma Tarr who was the wife of Darak Tarr, Fiona the black fairy, once upon a time, The Originals, Castlevania and Gotham.

Murray debuted on the big screen with the project Animal, where she played the role of a saleswoman in the year 2005. Then she appeared in various other projects like The Deaths of Ian Stone, Botched, Devil’s Playground, Fight Night 2: New Blood, and The Nanny. She is known to start working for her upcoming drama named Possessions and The Rupture.

There is no record of Jaime’s award achievements available on the internet as of now, but the love, appreciation, and support she received from her audience around the world must mean more to her than any materialistic award.

Net Worth, Salary & Earnings of Jaime Murray in 2021

Jaime Murray’s net worth is calculated to be around $4 million, estimated as of the current year 2021. Most of this is generated from her successful career as a model and an actress who has appeared in popular roles for endless projects.

Following are some facts about Jaime Murray:

Jaime Murray is a talented British actress and model known worldwide for her beauty and acting skills. She has been part of many popular projects and has shown the world her capabilities, from which she receives immense love and support from her fans around the world. 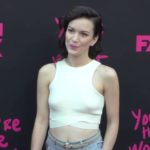 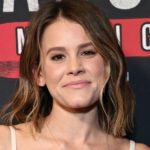