James Blunt, born as James Hillier Blount, is a popular English singer, record producer, musician, and songwriter. Previously, the celebrity worked in the British Army as a lifeguard. Not to mention, Blunt was part of the 1999 Kosovo war were held a position under NATO. The musician rose to fame in 2004 after serving the Army. Some of his most popular singers include you’re Beautiful and Goodbye My Lover.

James Hillier Blount came into this world on 22 February 1974. His birthplace is Tidworth, Hampshire, England, in the United Kingdom.

Blunt was born in an army hospital as the firstborn child of Colonel Charles Blount and Jane Ann Farran. Charles worked as a cavalry officer in the 13th/18th Royal Hussars. Later his father served as a helicopter pilot, and finally, he took up the colonel position in the Army Air Corps.

As for Jane Ann, she kicked off a ski chalet company in Meribel. Generally, James’s family has a long history when it comes to serving in the Army. This fact goes way back after they arrived from Danish to England in the 10th Century. He is the only son in a family of three children. His two sisters include Daisy Blount and Emily Blount.

The family primarily resided in St. Mary Bourne in Hampshire but moved every two years to match his father’s military postings. Other than multiple places in England, the family has lived in different places globally, including Netheravon, York, Nicosia, Soest, and Middle Wallop. Similarly to his father, James is a pilot who attained his fixed winged license when he was sixteen.

When it comes to the education details, James Blunt has been in quite many schools. He attended Elstree School in Woolhampton. Later, Blunt was given opportunities in a school in Berkshire and the Harrow School, London. James got A-levels in Economics, Physics, and Chemistry and got an opportunity to study in the university. He attended the University of Bristol, where he took up an aerospace manufacturing engineering course and sociology course. Blunt graduated in 1996 with a Bachelors Honours’ in Sociology.

Currently, James Blunt primarily lives in the famous Ibiza Island. He is the owner of a chalet in the Swiss town, Verbier. The celebrity bought the chalet in 2007, February, and a ski lift possesses his name in the area. Five years later, he invested in the hotel business, La Vache, alongside Lawrence Dallaglio and Carl Fogarty. In the same year, he experienced fraud issues and became one out of six International Phone Hacking Affair victims, where Blunt filed for damages in a civil case.

John Blunt tied the knot in 2014, 6 September. He is Sofia Wellesley, and In 2016, the couple confirmed that they are parents to an amazing boy. His son’s godparents are Carrie Fisher and Ed Sheeran. Also, the duo has another one. Not to mention, his music work got him an honorary title as the doctor of the year from the University of Bristol.

There are always many questions from it comes to the sexual orientation of many celebrities. And this is the same case for James Blunt. From reliable sources, it is clear that James Blunt is straight in regards to his sexual orientation. The celebrity is currently married to Sofia Wellesley. In Addition to that, the couple is parents to two lovely children. James and Sofia have no current separation issues.

James Blunt’s first job was in the military, where he grew up alongside his parents. He served in the Army for six years before retiring in 2001. His music interest goes way back to when he was a child that he took violin and piano classes. During his university days, James became a pop idol. James even wrote songs during his Army days.

His first deal was from Linda Perry after hearing his amazing music. In 2003, he recorded his debut album, Back to Bedlam. One of his biggest inspirations in the album is Carrie Fisher. And the duo became friends. His son “You’re beautiful” became a hit even before its official release date. This song took his music career to a whole new level with a variety of famous shows recognition. Not to mention multiple awards.

His second album came to the world in 2007, all the Lost Souls. Like his debut album, it also has its share of fame and recognition. Between 2010 and 2013, James Blunt released the third album, Some Trouble. Over the years, the celebrity has six music albums.s

With his great contribution to the music world, James has a huge share of nominations and awards. He has won two Brit Awards from six nominations. For the BT Digital Music Awards, James became the best Pop Artist in 2005. He has five Grammy Awards nominations. His song “you’re Beautiful” earned him two MTV Video Music Awards and the MTV Europe Music Awards. Also, James’ fame keeps rising thanks to his incredible work.

Net worth, Salary & Earnings of James Blunt in 2021

As of 2021, James Blunt’s net worth estimates to $20 million. He has amassed this huge wealth from his many years in the music industry. Not to mention, he previously worked in the military before kicking off his career as a musician. Blunt has multiple hit singles and albums, leading to worldwide recognition.

From the details above, it is clear that James Blunt is an icon to reckon with regarding the entertainment industry. He is one of the best stars of all time. His story encourages young people to push hard even when things become tough. Blunt’s experience shows that with determination and patience, you will go far. It is important never to give up on your dreams and all you want to achieve in life. 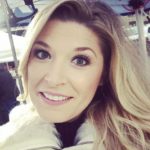 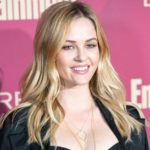