People are known for different reasons and there are some who have more than one reasons to be referred to as celebrities. Although it feels good to be considered a celebrity for your achievements, if you become famous for your support for other people’s careers, then you have a great personality.

One of the people who is known for his support for other people’s career is James Goldstein. James is a successful businessman, but his support for basketball makes him stand out. In every season of National Basketball Association, James attends more than one hundred games typically in courtside seats. 95% of the games he attends are home games for Los Angeles Clippers and Los Angeles Lakers. He is also a fun of travelling from one city to another to watch games and more so during the NBA playoffs. He also attends post-game press conferences in a regular basis.

It was on the 5th of January in 1940 when James landed on planet earth as James F. Goldstein in Milwaukee, Wisconsin in the United Stes of America. James was born to C. Ellis Goldstein who is a department store owner and his wife Nanette (nee Gamse). It is however not clear whether he has siblings or not. We are however still trying to find information about the same and we are hoping to land on any reliable information soon.

If you thought that James’ fun of enjoying watching NBA games began as an adult, you should think again. Thanks to his passion in the game, Milwaukee Hawks hired him to keep game statistics when he was only 15 years of age. Once that was done, he sat courtside for the game and he would be totally hooked to the game.

Since then, he has been entirely devoted to professional basketball to date. He says that his passion for the game was immeasurable. According to James, in basketball, there is more athleticism than in any other sport which explains the reason why he is strongly attached to it.

The fact that he was too attached to basketball and was able to get roles thanks to his passion in the game doesn’t mean that he didn’t have time to concentrate in his education. He is a graduate of Nicolet High School which is located in his neighbourhood Milwaukee, Wisconsin. James loved basketball and it is the only sport he majored in at Nicolet High. After graduating from high school, he joined Stanford University and since that, he has been in California and lives there to date. It is however not clear whether he graduated from college or not and the course he majored in at Stanford University.

James seems to have learnt business from his father C. Ellis Goldstein who owns and runs a department store named “Zahn’s” located in Racine. When it comes to his love life, this man tries to be very secretive. He rarely reveals information about his affairs. However, it is clear that he was once in a romantic relationship with Anna Sergeevna who is a Russian model.

Things however did not work out so well between the two despite being together for five good years; from 2014 to 2019. The couple parted ways in 2019 but it is not clear what caused their breakup. Since then, James has been single or he has just decided to keep information of his love life away from the public for now. At the same time, he has not revealed the name of the girl he dated before he met Anna.

James does not talk much about his romantic relationships. However, since he dated Anna for five good years. That is enough information to conclude that he is straight.

For many celebrities, they are mean with information about their personal lives but very open about their career life. However, for James Goldstein, he has managed to keep a low profile and it is not very clear how he has made his millions to date. Speculations however are that he is a businessman who is involved in real estate business.

James’ involvement in basketball is not a competition in itself. Therefore, he has not won any awards, but he is always happy that he enjoys watching his favorite game.

Net Worth, Salary & Earnings of James Goldstein in 2021

Apart from being one of the most committed fans of basketball, James is also a businessman. Over the years he has been in business, he has been able to make a total of $320 million in his net worth as of 2021.

James lives his life to the fullest. The fact that he has been attending hundreds of National Basketball Association games since he was very young, means he has attended thousands of games so far. 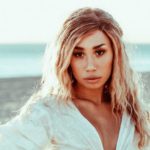 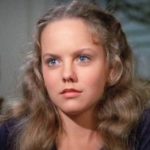