James Lawrence Brook is an American Director, screenwriter and producer. He is the face behind famous television films which such as taxi, The Mary Tyler Moore Show, As Good as it Gets, The Simpsons, Terms of Endearment and Broadcast.

James Lawrence Brook was born on May 9, 1940 in Brooklyn, New York United States. He was the son of Edward M. Brooks and Dorothy Helen. Additionally, his parents were salespeople by profession. He was brought up together with his sister Diane in North Bergen, New Jersey in a broken family where he used to spend most hours alone before his mother would come home from work and so he used to pass most of his time by writing and reading.

Despite the fact that Brook was brought up in a family that was struggling financially did not stop him from achieving his educational goals. He attended Weehawken High School and later enrolled in the University but James dropped out of New York University where he was taking a public relations course and immediately got his first job as an usher at CBS where he used to write for CBS news broadcast. Then he went to work for David l. Wolper’s documentary after he moved to Los Angeles in 1965.

Brook has had two marriages; his first marriage was to his wife Marianne Catherine with whom they got married in the year 1964. They together have a daughter named Amy Lorraine Brooks. They unfortunately got divorced in 1972. He then got married again after six years to Holly Beth Holmberg. The two tied the knot in 1978 and they had three children together namely Chloe, Cooper and Joseph. The two also divorced in the year 1999.

We may not be too sure about his sexuality after his last marriage that ended in 1999.  Since his divorce Brook has never made public any relationship that he had which leaves more questions than answers.

James first job was writing for CBS news and after he moved to Los Angeles he worked for David L. Wolper’s documentary and after being laid off he went ahead to work for the producer Allan Burns where he was writing for the series “My Mother the Car”. James became an writer for several shows when he employed as a story editor on “My Friend Tony” and he later on became the creator of the series ”Room 222”. Then he was hired by Grant Tinker together with Burn at the MTN Productions so that he could create “The Mary Tyler Moore Show” in 1970.

His work on the show made him very popular he was recognised to even become the winner of numerous Primetime Emmy Awards. Then the two again created two spin-offs from Mary Tyler Moore: “Lou Grant” the drama and “Rhoda” the comedy and they were very successful. In 1978 Brooks left MTM productions and went ahead to co-create “Taxi” the sitcom which despite the fact that it had won many awards was very lowly rated and at some point was cancelled twice.

in 1979 he moved to feature film work where he used to write and co-created the film” Starting over”. His other project which he produced, wrote and directed was titled “Terms Endearment”. The film was critically acclaimed earning him an Academy Award for all his roles in the project. He later he released his film “Broadcast News” which earned him two Academy awards nominations. Other films he has worked on are such as “As Good as it gets”, “Spanglish) in 2004, “How Do You Know” in 2010 and “Bottle Rocket” in 1996.

Brooks founded film and television company “Gracie Films” in 1986. Then he returned to television in 1987 as a producer of the “The Tracey Ullman show”. He went ahead to employ the cartoonist Matt Groening to be the creator series of shorts for the show which led to the creating of “The Simpsons” in 1989. The show became very popular and is still running to date.

James is one person who has enjoyed success in good measure. He has been nominated 53 times in the Emmy Awards nominations and in all those he has scored 21 of the awards.  His sitcom “Taxi” received several Emmy Awards.  His film “Terms Endearment” was critically acclaimed earning him an Academy Award for all his roles in the project (directing, Writing and Producing). The film Broadcast also earned him two Academy Award Nominations. The Simpsons is one of the films that have also scoped numerous awards.

Net Worth, Salary & Earnings of James L Brooks in 2021

Brook has a very fulfilling career that has earned him a lucrative worth. He primarily earns his money from his career as a director, producer as well as a screen writer. Over his over 3 decades career he has amassed a net worth of $550 million as of 2021.

Brooks is a living legend that has become famous by directing, producing and writing award winning films. He is an icon that is dedicated to his work and performs his duties with all diligence. Despite his advanced age he is still very fit and remains a celebrity who has entertained a lot of people worldwide. 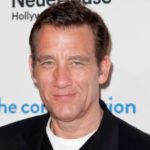 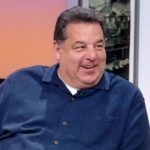