Jason Calvin Garrett was born on March 28, 1966, in Abington, Pennsylvania. He is the son of Jane and Jim Garrett. His father served as an assistant coach of many teams including the Cleveland Browns and New York Giants. His siblings include John, Jim, Jane, Jill, and Jennifer.

As a child, Jason Garrett went to Huntington Valley, Ohio’s University School. In there, he was a letterman in baseball, basketball, and football. He has won the All-League Honors as safety and quarterback. Jason has also been to Holy Cross School in Rumson. Following this, he was accepted to Princeton University and got transferred to Columbia University.

He again transferred to Princeton University and was named the starting quarterback. In there, he was named as the Ivy League Player of the Year and Asa S. Bushnell Cup winner. During his college career, he was able to make 366 passes out of 550. He also made 20 touchdowns. At that time, he made many records.

Jason Garrett has been successfully married to his wife Brill Alrige since 1994. However, the couple does not have any children. He currently lives with his wife in Dallas, Texas.

To call Jason Garrett gay will be very unfair. It does not mean that his sexual orientation is not straight if he does not have any children. He is very much into women and has been married to his wife for a long time.

After the 1989 NFL Draft, Jason Garrett became an undrafted free agent by the New New Orleans Saints. However, he spent most of the year at Princeton University as a coaching assistant. In 1991, he signed a contract with the San Antonio Riders. Owing to a separated right shoulder, he missed the season opener. In June of the same year, he got signed to Canadian Football League’s Ottawa Rough Riders. But he got released within 2 months. When he became a free agent, he again signed with the Dallas Cowboys. In doing so, he became a part of the winning team of the 1993 and 1995 Super Bowl.

Garrett again signed a contract with New York Giants in 2000. His contract got further extended in 2002, but he was declared inactive in 16 games. In 2004, he got signed with the Tampa Bay Buccaneers and he has also signed with the Miami Dolphins. Following his retirement as a professional player, he was named as a quarterback coach of the Miami Dolphins. In 2007, he became the offensive coordinator of Dallas Cowboys. In 2010, Dallas Cowboys named him as the head coach. In 2020. Garrett became the head coach of offensive coordinator of the New York Giants.

Net Worth, Salary & Earnings of Jason Garrett in 2021

As of 2021, The approximate net worth of Jason Garrett is $20 million. Thanks to his career as a successful player and coach that he is able to make this money. His salary as the offensive coordinator of the Dallas Cowboys was $3 million. At that time, it was the highest ever salary for an assistant coach. In 2015, he received $30 million from the Dallas Cowboys as the head coach. He is very successful and made many records right from his early childhood. As head coach, he has a win percentage of .559. Garrett also played for many teams not only in the NFL but also in the World League of American Football and Canadian Football League.

Jason Garrett serves as an inspiration to many. He was athletic from early childhood and was active in many sports. He played successfully for Princeton University and was an active member of many teams. Jason Garrett is a two-time Super Bowl winner and has been the head coach of the Dallas Cowboys for almost a decade. 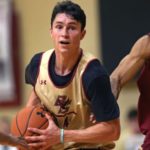 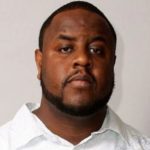