Javier Manuel Hernandez Jr. is a famous American actor and fashion model who is popularly known as Jay Hernandez. He is of Mexican origin. He first made a television debut in “Hang Time” on NBC, then a film debut in a romantic drama, “Crazy Beautiful” opposite Kristen Dunst. He has starred in many other films making him become even more popular.

Jay Hernandez was born on 20 February 1978 in Montebello, California. He is the third son of Javier Hernandez Sr., a mechanic and a secretary and accountant mother, Isis Maldonado. He has three other siblings, two older brothers named Michael and Gabriel and a younger sister named Amelia. He met his future wife, actress Daniella Deutscher when he was fourteen years and she seventeen years.

Hernandez was enrolled at Don Bosco Technical Institute in Rosemead, California. In his senior year, he was transferred to Schurr High School. His talent was noted by a talent manager, Howard Tyner, while he was riding an elevator in a high-rise.  He told him that he could perform very well in a Hollywood career and even enrolled him in an acting school. His pictures were then sent to casting agents.

Fernandez met his wife during their teens when he was 14 while she was 17. They dated for years before finally getting married in 2006. They had acted together in the film Hang Time. They have no children yet.

No. Hernandez is straight as far as sexual orientation is concerned. He is neither gay nor bisexual and has never had such rumors. He started dating his wife at the age of 14, and they are still happy together.

Fernandez began his professional career in 1998 after taking the role of Antonio Lopez in “Hang Time” opposite Daniella Deutscher. He gained national recognition after his appearance in “Crazy/Beautiful” opposite Kristen Dunst. He continued to appear in more major Hollywood films like; Living the Life, Joy Ride, The Rookie, Torque, Ladder 49, Friday Night Lights, and Carlito’s Way: Rise to Power as a lead actor. He also appeared in numerous television series like USA High, Undressed, One World, American Family, and Six Degrees.

In 2005, he appeared in the horror film “Hostel” and then “World Trade Center” the following year. He voiced the role of Nue in Karas: The Prophecy in 2006. He appeared in Hostel: Part III in 2007 as Paxton Rodriguez. In 2008, he played different roles like Junior in American Son, Detective Javier Villareal in Lakeview Terrace, Jake in Quarantine, and then Ozzy in Nothing Like Holidays.

He took a major role in the action. Crime film released in August 2010, “Takers.” In 2012, he played the role of James in the film LOL, then Carlos Coto in Trooper of 2013. He played different roles in 2015, like a sergeant in the U.S. military who was assigned to rescue a dog in “Max.” he had an appearance in “The Night is Young” as Dean. He portrayed Jessie Harkness in 2016 in the comedy film “Bad Moms” then in “Suicide Squad” as metahuman ex-gangster El Diablo.

He has appeared in other films like “A Bad Moms Christmas” and “Bright” in 2017 and was the voice of Bonnie’s dad in “Toy Story 4” in 2019. He has been starring in the television series “Magnum P.I” since 2018 as the main character, Thomas Magnum. In 2019, he played in Bo Jack Horseman as himself, then provided the voice of Mario in the same show. He appeared in one episode of Hawaii Five-0 as Thomas Magnum.

Fernandez has had a successful career and has several recognitions. In 2002, he received an ALMA Awards nomination as an outstanding actor in a motion picture for the Crazy/Beautiful film. He has been nominated for Fangoria Chainsaw Awards and Teen Choice Awards nomination for his role in the film Hostel. He is still working very hard and will continue to receive more awards in the coming years.

Net Worth, Salary & Earnings of Jay Fernandez in 2021

Fernandez has had a successful career and has earned great fortune. His estimated net worth is around $5 million as of 2021. He has acquired this great amount from his career as an actor and also a fashion model. He has made various appearances in popular films and television series, which has earned him this much. He is also a fashion model and has worked with various brands and also appeared in different cover magazines.

Jay Fernandez has become a very popular actor not only in the United States but also in the whole world. He has starred in many movies taking major roles, which has made him become very famous. On social media, he is followed by many and has over 320 followers on his Instagram page. 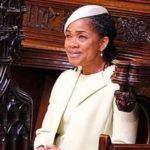 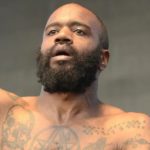