Jeannie Mai is a famous television personality, actress, make-up artist and a veteran fashion artist. Jeannie has been through a lot in life, but she never gives up because perfectly knows what she wants in life. Jeannie has been in the limelight for many years as she grabbed the first opportunity she had to climb the success ladder. Jeannie has been lucky enough to succeed in more than one career which has highly contributed to her current popularity.

Jeannie Mai was born as Jeannie Camtui Mai on the 4th of January in 1979. She was born in San Jose, California in the United States of America. She is the daughter of Olivia TuTram and James Mai. Olivia Mai is a manager in the Laser Development Center while her husband James Mai works in the computer field as an engineer. This couple is very loving and caring which is proven by the fact that they have been able to sponsor more than 10 relatives who came from Vietnam.

Jeannie had a very difficult life when growing up as her parents had to leave them to go work. She and her two brothers Daniel Mai and Dennis Mai had to survive all by themselves when their parents tried to make ends meet. This exposed Jeannie and one of her relatives started taking advantage of her sexually. She thought it was wise to discuss this with her mother, but her mother never believed her. This resulted to a very bad relationship between the two.

Although Jeannie is an American by nationality, she is of mixed ethnicity as her father is Chinese and her mother is Vietnamese. Therefore, most of the family members helped by her parents were from her mother’s side as they were Vietnamese. This means, they were the ones who took care of her and her two brothers when their parents were busy working. This explains why her mother was very defensive when Jeannie reported the family member who was harassing her sexually.

As stated above, both her parents were working very hard to ensure that they gave the best to their children including Jeannie. One of the most important things they ensured is that their children’s future was secure by educating them. Jeannie started her school life at Milpitas High School which is located in Milpitas. After graduating from high school, this was not the end of it as her parents enrolled her to De Anza College which is located in Cupertino California.

Jeannie was brought up as a Buddhist but later on she decided to convert to Christianity. The fact that she was sexually harassed when she was growing up didn’t stop her from falling in love. It actually seems it shaped her life which made her a straightforward girl. This is proven by the fact that she takes her intimate relationships very seriously and this is the reason why she has been involved in two notable relationships only.

Her first relationship was with Freddy Harteis. This wasn’t a simple relationship as they ended up in marriage. The two got married on the 11th of August in 2007 their marriage however lasted for 10 years, and they decided to call it quits. They filed for a divorce on the 20th of October in 2017, but it was finalized in December 2018. Although it has not been proven, it is rumored that the two parted ways because Freddy wanted kids but Jeannie wouldn’t hear of it.

Almost one year after their divorce in September 2019, she came out in public and confessed that she was in a romantic relationship with Jazzy. Mai seems to be very lucky when it comes to choosing the right man to date. On 6th April 2021, Jazzy who is a rapper revealed that he was not only in love with Jeannie, but he was ready to spend the rest of his life with her. He proved this by going down on his knee and proposing to her.

Jeannie Mai is definitely not gay and this is proven by the two romantic relationships she has been involved in. Jazzy loves Mai very much, and he had planned to take her back to her roots in Vietnam and propose to her there. Unfortunately, his plans were ruined by COVID-19. However, he never gave up and to make it a romantic experience, he brought Vietnam closer home through foods and music.

I think these are some of the things that motivated her to try out as a TV host. Her first show was Stir which was an Asian American TV show. This was followed by her music countdown show which was aired on California Music Channel in San Francisco. She later hosted different other shows which include: Character Fantasy, MTV’s among many others.

Mai has not only attracted fame, but she has also been highly rewarded for her work. Some of the awards she has received include: Daytime Emmy for The Host, NAACP Image Awards for The Host among many others.

Net Worth, Salary & Earnings of Jeannie Mai in 2021

Your guess is as good as mine. Mai has earned a great fortune from her hard work as her net worth is currently estimated to be $5 million as of 2021. Although this has been from her different career, it seems like she takes her career as a host more seriously than the rest.

Jeannie Mai went through so much when she was growing up. However, this was not an enough reason to discourage her from becoming the best she hoped to be in life. Today, we read about her achievements because she never gave up. 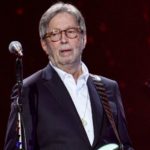 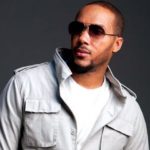