Jefferson Hack is the curator, creative director, and co-founder of Dazed Media which is an independent media company co-founded in 1991 along with photographer Rankin.

Jefferson Hack studied at Pangbourne College located in the civil parish of Pangbourne in Berkshire. Moreover, he also attended the University of the Arts London. 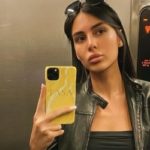