A career should be what you give your heart to. It should be something that you can do at any time of the day and would be ready to sacrifice anything to see it succeed. The reason why people are starting things and giving up at some time is simply because they choose what they think is right or what they see is marketable and not what they love.

Therefore, after staying for some time in such a vocation, when things go wrong, they have no reason of remaining connected to it and they therefore give up and quit. After realizing how important this is, Jenna purposed to do what she loved most and that was acting. Today, she is known as a very successful actress who is mostly known for her work in The Office which is an NBC sitcom. She is featured a Pam Beesly.

Jenna is still very young as she is currently in her 40s bearing in mind she started counting her years on the 7th of March in 1974. Jenna was born as Regina Marie “Jenna” Fischer to Anne (nee Miller) and James E. Fischer. Although Jenna was born in Fort Wayne, Indiana, she was raised in St. Louis, Missouri and that is also where she studied.

Jenna is also a proud big sister to her sister Emily Fischer who has followed in her mother’ footsteps of being a teacher. Looking at Jenna’s success, you would be tempted to think she is a daughter of an actor or an actress but the truth is, her mother is a history teacher while her father is an engineer.

However, she was very lucky to have a mother who supported her in acting by allowing her to attend an acting workshop where she was teaching at Henry School in St. Louis. Actor Sean Gunn who Jenna grew up with was also part of that acting group.

This doesn’t however mean that she was allowed to neglect her studies because she showed great signs of becoming a great actress. No, with a teacher for a mum, she had to work very hard in school which she did at Pierremont Elementary School which is located in Manchester, Missouri. She later graduated from Nerinx Hall High School which is a private all-girls Catholic School located in Webster Groves in Missouri.

After graduating from high school, it was time for her to major on her career and she therefore decided to take a course in theatre and minor in journalism at Truman State University and she graduated with a Bachelor of Arts degree in the same. Although she had initially enrolled as a pre-law history major, she realized that was not her line of expertise and changed to theatre and journalism.

After graduating from college, she moved to Los Angeles and met her childhood friend Sean Gunn who helped her land her first role in a showcase. He then introduced her to James Gunn his brother who was a screenwriter. The first showcase she received opened doors for her to get her first manager.

James and Jenna fell in love and decided to exchange their marriage vows on 7th of October in 2000. However, 7 years later, they announced their separation and they officially divorced in 2008 but remained good friends. In 2010, Jenna helped Gunn in the casting of The Office as a co-star, Super and Rainn Wilson.

After losing her first marriage, Jenna didn’t give up in love and in June 2009, she got engaged to screenwriter Lee Kirk. One year later, on the 3rd of July in 2010, they tied the knot. Luckily, this marriage was meant to be and the couple was very happy together. They welcomed their firstborn Weston in September 2011 and their second born Harper Marie was born in May 2014.

Jenna Fischer is not a lesbian. Her two marriages and the two children in her current marriage is enough to substantiate this.

Jenna’s acting career started when she was still in college. She however used to perform in theatres. In 1998, she officially started her professional as an actress in a film titled Channel 493. She was then cast in Born Champion in the same year. She later continued acting but she only landed in minor roles in different films. She then co-wrote and directed the film Lollilove in 2004. Since then, she ha been featured in many other project like Blades of Glory, THE Giant Mechanical Man, Solitary Man and The Promotion among others.

Jenna’s passion in the film industry has been recognized and has won her several awards and nominations. Some of these include; Screen Actor Guild Awards, Primetime Emmy Award and Teen Choice Awards among others.

Net Worth, Salary & Earnings of Jenna Fischer in 2021

Her hard work has earned her not only fame but a good salary. With time, her wealth has accumulated to a net worth of $16 million as of 2021,  which is prone to rise as she is still not done with acting.

Jenna has been in the film industry for many years now and loves what she does. She has become a role model to many not only as an actress but also as a wife and a mother to her two children. 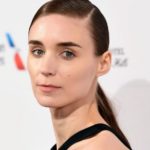