Actress Jennifer Esposito is sharing the scary way she found out she had celiac disease. In an interview for Oprah: Where Are They Now? the 46-year-old star had detailed how she found out something was wrong when, among other vexing symptoms, one of her teeth fell out. But it did not stop there.

How Did Jennifer Esposito Battle The Disease

Esposito said she went to her doctor and said that she felt like she was “jumping out of [her] skin.”

She thought she was going to be admitted into the hospital, but instead, she was referred into a psychiatric ward.

“I’m thinking, ‘How did I get here? This is a problem with my system, this is not a problem with my brain,’” she recalls in the interview. “I was almost dead—my hair was falling out, my eyelashes fell off, my fingernails were falling off. I was bad,” she says.

Esposito was finally diagnosed with celiac disease, an autoimmune disorder which causes the small intestine to be hypersensitive to gluten (a protein that’s found in wheat, rye, barley, and the wheat-rye hybrid triticale).

Celiac disease can also deteriorate the part of the small intestine which allows the body to absorb nutrients, making it hard for someone with the disease to properly process food.

Jennifer, who also starred in shows like Law & Order, Blue Bloods, and Samantha Who? battled with undiagnosed celiac for several years. Skeptical what was going on inside her body, Jennifer begged doctors for help but she said they were not listening.

Jennifer’s health Issues came to a head while she was filming episodes of Samantha Who? As she admitted, she was in the middle of filming one scene when one of her teeth suddenly fell out of her mouth.

She knew then that she really required to get help.

Jennifer went back to the doctor in a panic. She said she begged the doctor, “Please, I need help.” That’s when she was checked into the psych ward.

Jennifer said she thought she was going to be referred into the hospital but found herself instead of being treated for mental illness. At that moment, she said, her hair, eyelashes, and fingernails were all falling out.

In 2011, Jennifer despite delay got a diagnosis which changed everything. She was suffering from celiac disease, which was leading her immune system to attack her small intestine.

Regardless of the scary symptoms, knowing what was wrong meant Jennifer also at the end knew how to help herself. She changed her diet completely and cut out the gluten that was affecting her. Now, she says the food is something which heals her, whereas once it was something which was truly killing her.

What Is Celiac Disease??

Celiac disease is a serious autoimmune disorder which can happen in genetically predisposed people where the ingestion of gluten causes damage in the small intestine.

According to the Celiac Disease Foundation, an estimated 1 percent of the population worldwide has been suffering from the disorder, and around 2.5 million Americans have undiagnosed cases of the illness. But celiac disease is usually linked with gastrointestinal problems like bloating, diarrhea, and abdominal pain.

The signs and symptoms of celiac disease can differ greatly and are different in children and adults. The most typical signs for adults are diarrhea, fatigue, and weight loss. Adults may also encounter bloating and gas, abdominal pain, nausea, constipation, and vomiting.

Even though, more than half of adults with celiac disease have signs and symptoms that are not associated with the digestive system, consisting of:

Children
In children under 2 years old, common signs and symptoms of celiac disease are as follows:

Dermatitis herpetiformis is an itchy, blistering skin disease which stems from intestinal gluten intolerance. The rash generally happens on the elbows, knees, torso, scalp, and buttocks.

Dermatitis herpetiformis is usually linked with variations to the lining of the small intestine identical to those of celiac disease, but the disease may not create noticeable digestive symptoms.

Doctors medicate dermatitis herpetiformis with a gluten-free diet or medication, or both, to control the rash.

How Does Hair and Tooth Loss Factor In Celiac Disease?

Since celiac disease becomes more widely known, doctors are starting to realize that the non-classic symptoms might not be as rare as they once appeared.

That does not mean they are actually common, though. However people with celiac can encounter hair and tooth loss, they are more prone to deal with other manifestations of the illness. Problems such as osteoporosis, osteopenia, fatigue, or developing a skin rash are non-classic, but still more typical than problems with hair and teeth.

But when celiac-induced hair loss does occur, it is due to nutrient malabsorption.

Similar reason for a tooth problem, that can happen due to the lack of nutrients sometimes result in weak tooth enamel. It is more typical in children, but it can affect adults as well. Even then, these less common conditions are often still accompanied by standard signs of the condition, like diarrhea.

If you encounter any signs of celiac disease, it is tempting to self-diagnose and swear off gluten until you can see your doctor. But Matilda Hagan, M.D., a gastroenterologist at Baltimore’s Mercy Medical Hospital, tells SELF that is not a great idea. “Don’t put yourself in a gluten-free diet,” she says. “That impairs our ability to see what’s going on.” Blood tests won’t reveal celiac disease if you have not had gluten, she says, and you can go gluten-free after a diagnosis is confirmed.“ 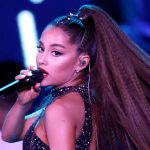 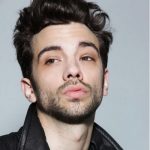