Jennifer Anne Garner is a popular American actress as well as a producer. At the beginning of her career, she acted as an understudy for Roundabout Theatre Company. Garner made her screen debut in 1995 in the romance novel “Zoya.” She gained much recognition in her career for her leading role in “Alias” from 2001 to 2006 as Sydney Bristow, a CIA officer.

Jennifer Garner was born in America, Houston, Texas, on 17 April 1972. She was three years when her family moved to Charleston, West Virginia. She is the daughter of William John Garner, a chemical engineer at Union Carbide, and Patricia Anne English, a homemaker and an English teacher for a local college. She was brought up together with two other siblings.

She was a devoted church member and attended United Methodist Church on Sundays and also Vacation Bible School. Their parents never allowed them to wear makeups, pierce their ears or even dye their hair.

Garner attended George Washington High School. After graduating, she joined Denison University in 1990 to study Chemistry but changed to the theatre. She was a member of the Pi Beta Phi sorority. She studied at the National Theatre Institute in Eugene O’Neil Theatre Centre in the fall semester of 1993. Her graduation was in 1994, and she earned a degree in Fine Arts, theatre performance.

Garner has been married twice and has three children. Her first husband was Scott Foley, and she got married on 19 October 2000. They separated in March 2003, and in MAY, Garner filed for divorce over irreconcilable differences.

In mid-2004, she began a relationship with Ben Affleck and later got married on 29 June 2005. The couple has three children together, two daughters and one son. They announced their intention to divorce in 2015, and their divorce was finalized in 2018. She dated John C. Miller, a businessman, from mid-2018 but ended the relationship in early 2020.

No. Garner has a straightforward sexual orientation as she is neither lesbian nor gay. She has been through two marriages and has three children from her second marriage.

Garner used to do summer stock theatre during her college days. She later worked at Timber Lake Playhouse in 1992, the Barn Theatre in 1993, and the Georgia Shakespeare in 1994 before moving to New York City in 1995. She started working for Roundabout Theatre Company as an understudy and earned $150 every week for their production “A Month in the Country.”

She made her first television appearance in 1995 in the romance film “Zoya” as Melissa Gilbert’s daughter. In the years that followed in the 1990s, she appeared in more movies like “Harvest of Fire,” “Dead Man’s Walk,” “In Harm’s Way,” “Rose Hill.

She took more roles in the 2000s, including “Time of Your Life” between 1999 and 2000.  She had a supporting role in 2001 in a war drama named “Pearl Harbor. She became popular in her appearance in the spy action series “Alias” from 2001 to 2006, where she acted as Sydney Bristow, a CIA officer. Garner became even more popular in 2007 after her appearance in the comedy-drama “Juno.”

She appeared in various comedy series like “Ghost of Girlfriends Past” in 2009 and “The Invention of Lying” that same year. In 2010 she acted in the romantic comedy “Valentine’s Day.” In 2013, she received Screen Actors Guild Award nomination for her role in “Dallas Buyers Club.”

Apart from her acting career, Garner has worked as an activist for early childhood education. She is also a board member of the board of Save the Children USA. She is a co-founder and CBO of Once Upon a Farm, which is an organic baby food company. She is also an anti-paparazzi advocate for the campaigns of children celebrities.

Garner has won many awards in her career journey. In 2002, she won Golden Globe Award in the category of Best Actress on television series drama. In 2003, she received MTV Movie Award and Saturn Awards. She won two Female Star of Tomorrow awards in 2004. She was honored with a Screen Actors Guild Award nomination in 2010.

Net Worth, Salary & Earnings of Jennifer Garner in 24th July 2021

Garner is a very hard-working lady, and she has gained a lot from her career. Her total net worth is estimated to be around $90 million as of 2021. She has earned her wealth mainly from acting in numerous films. She received a salary of $7 million from the Kingdom. She owns the Pacific Palisades mansion together with her former husband, Ben Affleck, which is worth $17 550 000.

Jennifer Garner has been a very dedicated lady towards her career. Her outstanding performance has made her win various awards and nominations in her career. She has a good amount of wealth courtesy to her career as well. Garner is still active and will continue to carry her flag high. We wish her all the best in her future endeavors. 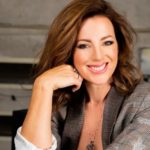 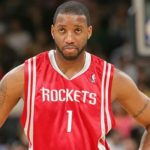