If you are a fan of or you watch CBS series NCIS TV show, then you definitely have seen Jennifer Esposito on screen. She is an American actress, baker, author, health advocate and businesswoman. She is best recognized as the ex-wife of famous actor Bradley Cooper. She has also appeared in the feature films ‘Summer of Sam’, ‘Crash’, ‘Welcome to Collinwood’ and ‘Don’t Say a Word’. She is also a renowned novelist who has over four books to her credit.  Among her notable television series are Samantha Who? Blue Bloods and Mistress.

Jennifer Esposito was born in New York City, New York, United States on 11th April 1973 to parents Robert Esposito, a computer specialist turned to music producer and Phyllis, an interior designer. Additionally, she also has an elder sister, Suzanne Ruffo whom they both grew up together in Staten Island. She is of Italian descent and holds an American nationality.

Jennifer grew up in a working-class household and this has had a clear reflection on how she generally approaches life. She started her performance in the film industry and television series at a young age and was quite fond of working as an American actress.

Moving to her educational background, talented actress Jennifer attended Moore Catholic high school and later on enrolled at Lee Strasberg Theatre and Film Institute in New York where she pursued her career in acting.

Actress Jennifer has had quite a fulfilling personal life. On December 2006, Jennifer tied the knot with celebrity actor, Bradley Cooper. However, the marriage was short-lived as the two filed a divorce that was finalized on November of the same year, just after five months of marriage.

After the divorce, Jennifer got engaged to professional Australian tennis player, Mark Philippoussis but their relationship was short-lived too and the couple separated in August 2010.

Jennifer announced that she was suffering from a celiac disease on The Late Show with David Letteman.

In May 2014, she announced her engagement to Kate Winslet’s ex-boyfriend, the British model, Louis Dowler. The duo tied the knot in November that year, and stayed as husband and wife for two years before separating in 2016 due to conflicting differences that were supposedly traced to their bakery business. Jennifer has not sired any children over the years. She has been romantically involved with Benjamin Brat, Chris Schupp and Cameron Mathison.

Jennifer eventually tied the knot with Jesper Vesterstrom in the year 2020 and the two have been together up to now.

Jennifer is straight as far as her sexual orientation is involved. She has been married thrice and divorced twice. She was previously married to actor Bradley Cooper and British model Louis Dowler. She is currently married to Jesper Vesterstrom.  She has also shown no interest in women.

Jennifer acquired her first-ever acting role in the 1995 TV program The City and later appeared in an episode of Law & Order.  She made her first debut in the film Kiss Me Good as casted as Stacey Paterno in Spin City the same year a role she played until the year 1999. Jennifer also did movies No Looking Back, He Got Game, Side Streets and I Still Know What You Did Last Summer during the same time. Additionally, she had roles in Dracula 2000, Don’t Say a Word and Welcome to Collinwood.

Similarly, Jennifer played Don Cheadle’s partner and romantic interest Ria in the in the Academy-Award-winning film, Crash in 2004. She also got featured in TV series Judging Amy, Related and Samantha Who.

She launched Jennifer’s Way Bakery in Manhattan’s West Village in 2013, where she serves celiac-safe food empowered by her previous personal struggle with the disease. She also published her first book, Jennifer’s Way, a detailed book about her struggle with celiac disease. The book made The New York Times Best Sellers list in 2014.

Jennifer also played Calista Raines in the drama series Mistresses. She also featured in NCIS and was a cast of The Boys and also did two episodes of Blindspot.

Jennifer’s skills have received recognition several times and she has been honoured for it. The awards include;

Net Worth, Salary & Earnings of Jennifer Esposito in 2021

Jennifer’s success and prowess in her career have paid her off well financially. Her currently net worth is estimated at $8 million as of 2021. This is a combination of her salary from acting as well as proceeds from her books as an author.

Jennifer is a gifted and multi-layered woman who largely crusades for everything gluten-free. Having the ability to manage different things at a time is such an admirable trait of talented actress Jennifer as a reason why most of her fans really look up to her as a role model. 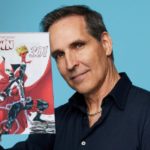 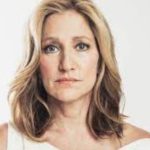