Jeremy Wade is a British TV personality, author, and biologist who is best known for hosting and presenting nature and wildlife-based TV shows such as Jungle Hooks (2007), River Monsters (2009-2016), Mighty Rivers (2018), and Dark Waters (2019). A noted author on fishing and angling, he has published the books, Somewhere Down the Crazy (1994), River Monsters: True Stories of the Ones that Didn’t Get Away (2011), and How to Think Like a Fish: And Other Lessons from a Lifetime in Angling (2019). His articles on poaching, fair trade, travel, natural history, and fishing have been featured in major British publications such as The Guardian, The Times, Sunday Telegraph, and BBC Wildlife magazine.

Jeremy had studied at the Dean Close School, a private institution in Cheltenham, Gloucestershire. After his high school graduation, he attained a degree in zoology from Bristol University. He then earned a postgraduate teaching certificate in biological sciences from the University of Kent.

He is of British descent. 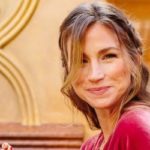 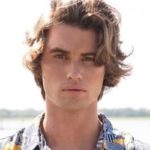