Jerry Darnell Stackhouse is the head coach of the Vanderbilt Commodores men’s basketball team. He is an American basketball coach and former professional player. He was a two-time NBA All-Star and spent 18 seasons in the National Basketball Association (NBA).

He formerly served as the head coach of the Raptors 905 and as an assistant coach for the Toronto Raptors and Memphis Grizzlies. He has also worked as an NBA television analyst. Stackhouse was a member of the North Carolina Tar Heels basketball team in college.

Jerry Stackhouse was the last of 11 children born to George and Minnie Stackhouse in Kinston, North Carolina, on November 5, 1974. With a mother who was a minister and a father who was a preacher, Stackhouse spent a lot of time in church. Stackhouse started developing a base of action and mentality during his time in that small town, which ultimately catapulted him to the NBA’s top ranks.

From the time he was a junior in high school, Stackhouse was a top player. In 1991–92, he was named North Carolina’s state player of the year after leading Kinston (N.C.) High School to the state finals.

He led Oak Hill Academy to an unbeaten season his senior year, alongside future college teammate Jeff McInnis. He was a two-time Parade All-America first-team pick and the McDonald’s All-American Game MVP.

Stackhouse has sung the national anthem during Mavericks home games, as well as during Bucks and Nets playoff runs in 2010 and 2013.

The Philadelphia 76ers drafted Stackhouse with the third selection in the first round of the 1995 NBA Draft. He was once dubbed the “Next Jordan” because both players attended North Carolina, were drafted third overall, were rated at 6’6″, had similar physical characteristics, and played equally acrobatic games.

Stackhouse led the 76ers in scoring with 19.2 points per game (PPG) and was selected to the NBA’s All-Rookie team in his rookie season. Stackhouse was traded to the Detroit Pistons with Eric Montross midway through the 1997–98 season for Theo Ratliff, Aaron McKie, and future considerations. Stackhouse was averaging 20 points per game in his second full season with the Pistons in 1999–2000.

Stackhouse was traded to the Dallas Mavericks in exchange for former Tar Heel and NBA All-Star Antawn Jamison in the 2004 offseason, along with Christian Laettner and the Wizards’ first-round draft pick (Devin Harris). Due to groin and knee injuries, he missed 41 games in his first two seasons with Dallas, and he mainly filled the part of sixth man.

On July 8, 2009, Stackhouse was sold to the Memphis Grizzlies in a four-way deal. Stackhouse was waived by the Grizzlies the day after the trade. The Milwaukee Bucks signed Stackhouse for the rest of the 2009–10 season on January 17, 2010. Stackhouse and the Miami Heat signed a deal on October 23, 2010. The Heat waived Stackhouse on November 23, 2010, to make space for Erick Dampier, who was signed to replace injured forward Udonis Haslem.

After his player career, Stackhouse had a broadcasting career with FOX Sports and a coaching career with Toronto Raptors, Raptors 905, Memphis Grizzlies and Vanderbilt Commodores.

Here are some of the awards and accomplishments achieved by Stackhouse:

Net Worth, Salary & Earnings of Jerry Stackhouse in 2021

As of 2021, Stackhouse currently has an estimated net worth of $65 Million.

Jerry Stackhouse is a great figure in the world of basketball because of the influence he has had on the sport. He is currently an incredible coach and was one of the best players of his time. 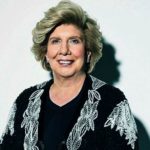 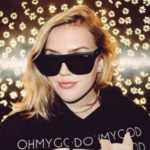