Over the years, the television industry has witnessed a significant transformation. It has grown exponentially across the globe as it attracts millions of viewers at any point of time today while also seeing a significant change in the quality of production. During these past few decades, we have seen numerous personalities grow their fame on television and make an attempt to bring about a change through their work. But only a handful manage to leave a mark on the sands of time due to their outstanding efforts and dedication to their profession. One of those few gifted individuals is James Joseph Cramer. Jim is one of the most prominent television personalities in America. He transitioned into fame for being the host of the popular television show Mad Money, which aired on CNBC.

Jim Cramer was born to parents Louise A. Cramer and N. Ken Cramer, who were then residents of Wyndmoor, a suburban section of Philadephia in Pennsylvania. This is where Jim witnessed his upbringing. His parents were Jewish and have passed down their beliefs to Jim, who remains faithful to them to date.

Jim’s father, N. Ken Cramer, was the owner of International Packaging Products, a company that focused on selling wrapping paper, boxes, and bags to various retailers and restaurants worldwide and was based out of Philadelphia. Jim’s mother, Louise, was an artist by profession.

Although Jim is one of the most prominent television personalities, he tries to keep the details of his personal life in the limelight. His ability to remain humble even after witnessing such fame is one of the few factors that set him apart from his peers. His humble nature is also one of the many reasons he has earned a massive following across the globe.

Jim has always been a bright student and was also a National Merit Scholar. Jim earned a Juris Doctor from the prestigious Harvard Law School in the year 1984. Jim began building a portfolio in the stock market during his time at Harvard Law School.

Jim Cramer was married to Karen Backfisch in the year 1988. The couple was blessed with two children. Unfortunately, their marriage came to an end in the year 2009 with a divorce. Later, Jim went on to marry Lisa Cadette Detwiler on April 18, 2015. Lisa was a real estate broker and the general manager at the Longshoreman, the famous Italian cafe/ restaurant located in Brooklyn, New York City.

During an interview on The Carlos Watson Show, Jim spoke about his mental health issues and anger management problems which he felt he inherited from his father. Currently, Jim resides in his estate covering 65 acres situated in Summit, New Jersey. Lisa and Jim also own a summer house located in Quogue, New York.

Jim Cramer is not gay and has no sexual interest in men. He has been highly supportive of those around him, irrespective of their sexual orientation. Thus, we can say that he is not gay.

After graduating from Harvard, Jim spent his early days working as an entry-level reporter and earned around $15,000 per annum. He worked with the Tallahassee Democrats and became the first few reporters to cover the case of Ted Bundy. Jim Cramer has also worked for the office of the Governor of California while Jerry Brown was in office. Jim was also the first few reporters working at American Lawyer. Jim has previously been a hedge fund manager and has also been the author and the co-founder of TheStreet.com.

Jim Cramer has received the Ambassador Award from the American Brain Foundation to bring attention to migraine, a brain disorder that affects over millions across the globe.

Net Worth, Salary & Earnings of Jim Cramer in 2021

Currently, Jim Cramer is worth around $170 million as of last estimated in the year 2021. A significant source of his earnings is his television career, although he is known to hold various other sources of generating a cash flow.

Jim Cramer has set a certain standard for how television shows are to be conducted, and his contributions have indeed revolutionized the show business. Jim continues to inspire young journalists, budding traders, and TV artists to step out and take the road less traveled. 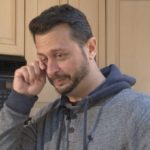 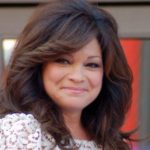