James Moyer Franks or popularly known as Jimmy Pop, is an American rapper and musician. He is best known for being the co-founder of the rock band Bloodhound Gang. Being a part of the band, he has multiple roles of being the lead vocalist, songwriter, and rhythm guitarist.

Jimmy Pop was born on 27th August 1972 in Pennsylvania, USA. His father, Richard Lee Franks, was originally from Germany, and his mother’s name is Alice Ann. He grew up in Trappe with his family. As a child, Jimmy used to spend a lot of time learning musical instruments and always had a keen interest in music.

Jimmy Pop went to Perkiomen Valley High school and graduated from his high school in 1990. After graduation, Jimmy went to the University of Philadelphia to pursue his higher studies. Jimmy graduated from his college having a Bachelor’s degree in mass communication. During his time at college, Jimmy met the other band members of his band, “Bloodhound Gang.”

Jimmy has always been secretive when it comes to his dating life. He has been in several relationships with many women during the past but was neither engaged nor married to any of them. Now coming on to his current relationship status, he is single for now. There were even speculations about Jimmy being gay and he being in a relationship with a guy, but neither was Jimmy seen with a man, nor has he ever accepted the fact of him being gay.

Jimmy’s sexuality is quite controversial. He has been in relationships with women, but there were even speculations about him being gay. Jimmy has never denied any of those speculations and has never revealed his sexuality in public. So nothing can be said for sure.

Jimmy Pop started his professional career by being in the band named Bang Chamber 8. Working with the band, Jimmy contributed a lot to their music, and the band had released four original singles back then. After being together for a couple of years, the band split up, and then in 1992, Jimmy started a band of his own, named “Bloodhound Gang.”

Initially, Bloodhound Gang started as a hip hop band and had a fast rap approach in their music, but their band has evolved into a modern rock band over the years. Being the lead vocalist and songwriter, Jimmy has helped the band to release five commercially successful albums.

There are no records of Jimmy Pop’s awards, but he was certainly able to achieve all that he had ever wished for. Being a part of the music industry from 1988, Jimmy has established himself as a talented artist and songwriter. He has lead Bloodhound Gang to release many successful albums.

The popular music artist, Jimmy Pop, as of 2021, has a net worth of $6 Million. He has earned a major part of his net worth by being a very successful musician. Being a part of the band “Bloodhound Gang” has helped Jimmy to create such a significant net worth. His band has sold quite a good number of albums, which also accounts for his net worth.

Jimmy Pop is a talented artist who is known for his humorous lyrics and incredible vocals. This unique way of songwriting has helped the star become a massive celebrity in pop music. It would not be wrong saying that Jimmy was one of the most important reasons for the success of “Bloodhound Gang.” 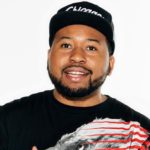 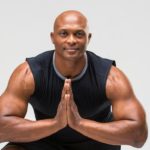