Yuvraj Singh Dhesi is a Canadian professional wrestler popularly known as Jinder Mahal. He is currently signed to WWE and performs on the Raw brand. Mahal started his career on the independent circuit before joining WWE in 2010. He made his debut with the company the following year. He had a short-lived alliance with The Great Khali and later formed the stable 3MB with Heath Slater and Drew Mclntyre, Mahal and Mclntyre were released from WWE in 2014, but he returned in 2016.

Jinder Mahal was born Yuvraj Singh Dhesi on 19 July 1986 in Calgary, Alberta, Canada. His uncle, Gama Singh, inspired him a lot in his career, as he is a legendary wrestling villain in Stampede Wrestling. His uncle briefly wrestled for the WWF in the 1980s, which later changed to WWE. Mahal is of Punjabi Sikh descent.

Mahal has not shared much information concerning his educational background. He is a graduate, and he received his communications and culture degree from the University of Calgary.

Concerning his personal life, Mahal is considered single and not dating anyone. Unlike many celebrities who openly share about their relationship life, Mahal has not shared any.

He is a great friend of Arjan Bhullar, a Canadian Mixed Martial Artist. He is also friends with Drew Mclntyre, a Scottish Professional Wrestler, and was a groomsman at his wedding.

In 2017, he was congratulated by politician Graham Sucha for winning the WWE Championship. He endorsed Jagmeet Singh for the Prime Minister position during the 2019 Canadian federal elections.

No. Mahal is straight as far as sexual orientation is concerned. He is neither gay nor bisexual and has never had such rumors. However, he has kept his relationship life private and thus is considered to be single and not dating anyone.

Jinder was raised into a wrestling family. He started his career at the Martial Arts Fitness Center and was trained by Rick Bognar. He debuted as Raj Dhesi in Premier Martial-Arts Wrestling, after which he went to train together with Gerry Morrow and Alien Coage. He wrestled in a revived Stampede Wrestling together with Natalya, Viktor, and Tyson Kidd, who later became WWE wrestlers.

He used the name Tiger Raj Singh during tag team championships which he won. In 2010, he joined World Wrestling Entertainment and took his rig name, Jinder Mahal. On 29 April 2011, he joined the WWE Smackdown episode together with Ranjin Singh and Great Khali. Shortly after, he collaborated with Heather Slater and Drew Mclntyre, but Mclntyre interfered with Heather’s match after he attacked Brodus Clay when he was wrestling with Slater. He was released from his WWE contract on 12 June 2014.

He wrestled for Reality of Wrestling (ROW) under the name Raj Singh during the 2014 ROW Summer Champions, where he defeated Jasper Davis. He teamed up with his cousin Gama Sigh during the All-Star Wrestling (ASW) on 24 October to defeat Collin Cutler and Kyle Sebastian. He appeared in World Wrestling Council (WWC) between 2014 and 2015 for the promotion of Puerto Rican. He has also wrestled with other teams like Qatar Pro Wrestling (QPW), Inoki Genome Federation (IGF), and Continental Wrestling Entertainment (CWE).

He re-signed with WWE on 27 July 2016. He also returned on television alongside Heather Slater and even demanded a contract. Raw General Manager, Mick Foley, requested them to face each other for the Raw contract, which Mahal won. He has remained with WWE since his comeback and has participated in numerous matches. In June 2019, he sustained a knee injury, which took him almost a year to recover. He returned back on stage on 27 April 2020 and participated in the RAW championship defeating Akira Tozawa.

Mah has won various championships in his career. He won the WWE Championships in 2017, becoming the 50th WWE champion and also the first Canadian to win this position. That same year, he won many other titles, which made him the most improved wrestler in 2017. In the WWE United States, he won with WrestleMania. In 2019, he won two championships at WWE 24/7 Championship.

Net Worth, Salary & Earnings of Jinder Mahal in 2021

As of 2021, Mahal has accumulated an estimated net worth of $500 thousand. Wrestling has been the main source of his income as he has done it for all his career life. He has earned his wealth from participating in various championships, which he has won on many occasions.

Jinder Mahal has been passionate about becoming a wrestler since he was young. His uncle, who was also a wrestler, was his role model, and after being very hardworking and dedicated towards his career, he has become very successful. He is one of the most popular WWE wrestlers and the best in Canada. 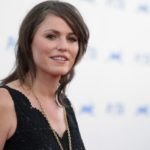 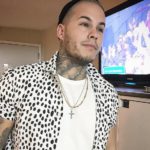