Jodie Foster is an actress, director, and producer of American nationality. She was a child model and begun acting at the age of three. When older, she landed roles in TV commercials before getting her big break in the film “Taxi Driver.”

Alicia Christian Foster was born in Los Angeles, California, United States, on 19 November 1962. Her father was Lucius Fisher Foster III, and her mother was Evelyn Ella Almond. They got separated before she was born. Jodie did not have much of s relationship with her father. She is the youngest of 4 siblings: Lucinda, Constance, and “Buddy.” Her childhood was spent in Los Angeles and siblings, her mother, and her mother’s partner. Jodie was intelligent as a child and could read when she was three.

Jodie Foster dated Cydney Bernard from 1993 to 2008. They have two sons together named Kit Bernard Foster and Charles Bernard Foster. They eventually got separated. She met Alexandra Hedison, an actress and photographer, in 2013. They dated for one year and decided to get hitched in 2014.

Yes, actress Jodie Foster is lesbian. She has previously been in a relationship with a woman and is currently happily married to one. She came out as homosexual at the 70th Golden Globe Awards in her speech after receiving her award. Many sources described her as gay after that though some sources say that she did not use either term in her speech.

Jodie Foster entered the entertainment industry quite early and started appearing in commercials as a child. Her mother used to work for Arthur P. Jacobs and got her connections through him. Eventually, she did small roles as a guest in TV series.

When her acting career in movies started, she received minor roles. Her first important role was in the 1972 movie “Napoleon and Samantha.” Her first highly praised role and which made her famous was in the 1976 crime drama film called “Taxi Driver.” Her most famous and highest-earning movies are “The Accused,” a drama film, and “The Silence of The Lambs,” where Anthony Hopkins and Scott Glen were her co-stars. She has acted and appeared in many movies like “Sommersby,” “Maverick,” “Elysium,” “The Mauritian,” and “Carnage.”

Her debut movie as a director is the 1991 “Little Man Tate.” She has used her direction for many other films like “Home for the Holidays” and “Money Monster.”

Net Worth, Salary & Earnings of Jodie Foster in 2021

The current net worth of Jodie Foster is $110 million as of 2021. She has earned most of her fortune through her acting roles through her directing and producing films also contribute significantly. One of her highest-grossing movies was “Panic Room,” which earned $196 million, and her “Flightpan” grossed $223 million.

Jodie Foster is an extremely talented actress who puts all of herself into acting. She has entertained people with her acting performances for a long time. She is an inspiration to others and one of the most cherished actresses in the industry. 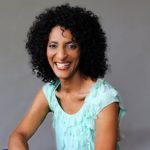 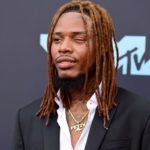