Joe is an American business executive who is a partner at Kleiner Perkins and the majority owner of the Golden state warrior. He was born on January 10th 1956 in New Bedford, Massachusetts, United States where he spent most of his childhood days. His parents were very supportive on what Joe wanted to do which was huge opportunity for him to do whatever he wanted. Joe attracted the attention of people when he began business which became a great success for him and gained a lot from it.

Joe was born in New Bedford, Massachusetts, United States. His father Sidney worked at a local paper product company while his mother Marlene, worked at a supermarket. Joes’ family relocated to Anaheim, California where he switched his allegiance to Los Angeles Lakers and Los Angeles Angel of Anaheim.

After completing his high school, Joe enrolled himself at the University of California Irvine and earned a bachelor’s degree in Biological sciences in the year 1978. He, later than accomplished his degree in Epidemiology a Public health degree from University of California Los Angeles (UCLA). He not only got a degree in Biological science and Epidemiology he also got a Masters of Business Administration degree from the highly esteemed and august Stanford Graduate School of Business.

Joe was raised in a Jewish family who didn’t have a lot of money. His parents didn’t not have the best of jobs that could generate a lot of income. His father worked at a local paper product company while his mother worked a supermarket. Due to lack of enough income his parents could not afford to take him to college. Therefore, Joe had to raise his own money to take himself to college in the year 1978 where he finally enrolled himself in the University of California Irvine.

In the year 1990 Joe was married to his first wife Laurie (nee” Kraus) where they were blessed with two sons and two daughters .Their children where Kaysi, Kelly, Kirk and Kent. Unfortunately due to their personal issues their marriage didn’t work thus this differences lead to a divorce.

Joe later found love again and married the beautiful teacher, Philanthropist Nicole Curran. This time round, things worked out well for him and he is now able to enjoy the privilege of being called someone’s husband and to have someone to take care of him. The couple is happy together and there are no rumors of them separating any time soon.

Joe has been married twice whereby his first relationship didn’t work to two beautiful women. Joe is straight and is not against any sexual orientation that is different from his. He is known to respect all orientations.

Lacob held executive positions with cantus corporatio(now called Chiron),FHP International (a health maintenance organization. He also has been a partner at the Kleiner Perkins, a venture capital investing firm since the year 1987.His investments have main ben cantered around firms involving life sciences, medical technology the internet and energy.

He is also a primary investor in American Basketball league a professional women basketball league that eventually folded from failure to compete successfully with its viral. Later in 2006 he also became a part owner of the Celtics whereby he became an investor. He then bought a golden state warriors in partnership with the group investor he headed.

Joe was not raised with privilege, he has an impressive education, he is also a very generous philanthropist. He also helped to fund dozens of new start-up companies and is also self-made millionaire. He is also an inspiration to entrepreneurs. His show is the world what hard work, passion and tenacity can do when you love life and if one wants to make a difference. Joe is also known to be a good golfer.

Joe may have not received any awards but still we cannot ignore the fact that he is a successful man who has earned a lot from his business ventures. According to research we see that Joe made great moves in the business world which has impacted many lives. With that we can term him as a man who has achieved a lot.

as of 2021, Joe has a net worth of $1.5 billion. We however do not have the information about what he owns and that is the car and the houses. With that information it is safe to say that Joe is living a comfortable life.

Throw his determination Joe was able to achieve a lot in spite of his family background. He is now best known and respect for his knowledge in the business world. He is currently the owner of the Golden State Warriors. He is also happily married to his wife Nicolle Curran. He has proven that there is nothing remotely lazy about himself he has paved way for himself to success and has always. 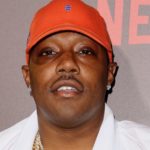 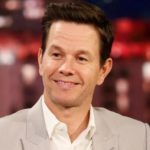