If you are a fan of the band New Kids on the Block, then you must be familiar with the name of Joey McIntyre. Joseph Mulrey McIntyre is one of the most famous singers of the band, and this band is famous for their late 80s music. He is the youngest member of this group, and today he has sold over million records worldwide as a solo. He has also worked in many movies, theatre, and in many shows. He has also performed on Broadway.

On December 31, 1972, Joey was born on the night of New Year’s eve, and was born in Needham, Massachusetts, and then was raised in Jamaica Plain. His father was Thomas McIntyre, and he was a union official. His wife was Katherine, and she was an actress too. She had a long fight with Alzheimer’s, and due to this, she died on November 12, 2018. He has eight other siblings, and he was then raised in an Irish-American Catholic family. Later, he graduated from the Catholic Memorial School in West Roxbury, and it was an all-male Catholic private School. His sister Judy is also an actress.

Joey went to an all-male Catholic Memorial School, and he graduated from there.

Joey got married to Barrett Williams on August 9 in 2003, and they got married in one year of dating. They then also welcomed their first child, Griffin Thomas, who was born on November 20, 2007. They then gave birth to their second child Rhys Edward and later, it was said that Rhys had a hearing loss. On May 31 in 2011, they gave birth to their third child Kira Katherine.

No, Joey is not gay as he has been married to Barrett Williams for a very long time, and they also have three children together. They are residing happily since years.

During the 80s in 1985, Joey became a member of New Kids on the Block, and he became a member of this group on his 13th Birthday. Then they started producing music, and soon they became one of the most successful boy bands in the late 20th century, and they were also able to produce two number one albums which ranked good on the US Billboard chart. In the year 1991, the band was ranked as the highest-earning band, and the members were ranked as the highest-earning entertainers. They were also able to beat Madonna and Michael Jackson in this. But they later got split in 1994 and then reunited in 2008.

After the split, Joey got busy with his solo career. He also made his acting debut as he made this debut of his with the movie The Fantasticks, and this movie was then based on the long-running off-Broadway musical. But he could not find a good recording contract during this span of his life, and thus he had to use his own money to record his first solo album, which was titled Stay the Same and later, it was sold on his own website.

Joey also did some acting roles as he did the role, Jon, in Jonathan Larson’s Tick, Tick …BOOM! He has then seen in Tony n’ Tina’s Wedding, and he starred alongside Mila Kunis. He was also seen in the first season of the reality TV show, Dancing with the Stars. He then paused Broadway.

He returned to Broadway on Feb 4, 2019, as he did the role of Dr Pomatter in a musical.

Joey has been nominated for Streamy Awards, but he has not won any award until now. His band was one of the top-ranked bands in the late 80s, and this band has broken many records.

Net Worth, Salary & Earnings of Joey McIntyre in 2021

As of 2021, the total estimated net worth of Joey McIntyre is around $30 million, and he has earned most of his net worth from the music he has made. He has earned a good amount of money from his solo career as well as from his career in the band.

This was all about one of the most famous and successful singers of this era. Joey is renowned for his fleet in New Kids on the Block, and he has been able to earn a good amount of success through this band. He is an inspiration for many artists today. 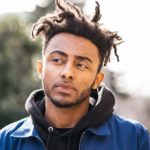 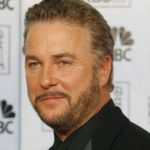