I know many of you must be knowing about the famous actress, Jennifer Aniston. Do you know, her father is also an actor. He is a Greek-born American actor. He is famously known for his role in the famous and since running NBC series Days of Our Lives.

John was born on the 24th of July, 1933, on the Crete island in Greece. His parents are Antonios Anastassakis (father) and Stells Joanne (mother). He also has three siblings, brother Gustavo and sisters Mary and Helen. Later, her family left Crete and got settled in the United States in the city of Chester, Pennsylvania. The family operated a restaurant there.

Unfortunately, not much is known about John’s initial schoolings. John graduated from Pennsylvania State University with a bachelor’s degree in theatre arts. He also became a member of the Alpha Chi Rho fraternity at Penn state.

John married Nancy Dow in 1965, but things didn’t work out between them, and they divorced in 1984. He then again married Sherry Rooney Aniston in 1985. He has two children; Alexander (son) from Sherry and Jennifer (daughter) from his previous marriage with Nancy. One of his friend ‘Telly Savalas’ was the godfather of Jennifer Aniston. He also has a stepson from Nancy’s previous marriage, named John T. Melick. Interestingly, John has raised him as well.

No, that is not at all the case. John has been married not once but twice. Also, he is the father of two children from them. The claim is invalid, and John’s sexual orientation is Straight.

After college, John served as an intelligence officer in the United States Navy and also attained the rank of Lieutenant Commander. He was on active duty in Panama and then in the reserve force. Since 1969, he has actively appeared in several soap operas. His most famous serial is ‘Days of Our Lives, where he played the character of Victor Kiriakis.

After that, he also appeared in the series Love of Life and Search for Tomorrow. In 1985, he returned to Days of Our Lives, and he has been playing the role since the present. He also played minor roles in the series Gilmore Girls and Airwolf season two. Other than that, he has done guest appearances in many movies like Mission Impossible and Star Trek.

John has earned a big name from the movies and series that he has done. He has also won many awards over the course of his life. He won Soap Opera Digest Award twice, one for a leading actor and one for a villain, both for the series ‘Days of Our Lives. He was even nominated for the same in the Emmy Awards, but unfortunately, he couldn’t win it.

Net Worth, Salary & Earnings of John Aniston in 2021

John earned much recognition and money in the US Navy as well. But, after that, he has earned much name and fame as an actor. He has appeared in many movies and series over the years and has made decent money from it as well. His net worth is estimated around a whopping $10 million as of 2021.

John Aniston is a very famous name in the world of soap operas. But, John’s life started much before that. His family came migrating from Greece to settle in the United States. John studied at Pennsylvania State University. He was interested in theatre and acting from the very beginning, but he initially served as the intelligence officer in the US Navy, earning the rank of Lieutenant Commander.

After that, he entered the world of acting. He though did many soap operas, but he got recognition from the famous and still running series Days of Our Lives, where he plays the role of Victor Kiriakis. He has also won many awards for his performance, though he missed out on Emmy.

He has also appeared in small roles in many other movies. He has twice been married and is also the father of two children. One of his best friends served as the godfather of his daughter. Interestingly, he is the father of famous actress Jennifer Aniston. Despite that, he has earned a recognizable name for himself. He even raised his stepdaughter from his first marriage. 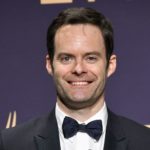 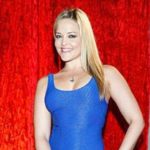